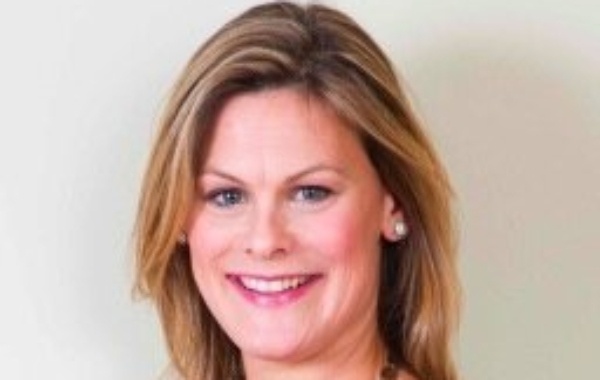 Kate Bliss is an antiques expert and television presenter. She has made regular appearances on BBC’s ‘Bargain Hunt’, ‘Flog It!’, and ‘Secrets Deals’, and presented ‘Put Your Money Where Your Mouth Is’. Kate specialises in jewelry and silver, and she is a fellow of the Great Britain Gemmological Association.

Born in Herefordshire, Kate grew up in Hampton Bishop and thereafter Dorstone. She attended Hereford Cathedral School and went on to study English Literature at Brasenose College, the University of Oxford. She then studied Fine Art and became a member of the Royal Institution of Chartered Surveyors.

Her father had two successful auctioneering businesses, one dealing in antique furniture and another in vintage cars. Kate worked for her father’s valuation and auction business, before joining Brightwells Auctioneers and Valuers and later Philip Serrell’s auction business. Currently, she runs her own Fine Art Valuation business. She also works in collaboration with a number of auction houses as a jewelry and silver expert, including Charles Hanson’s business. Her favorite item sold to date at our auctions is a pair of Victorian silver salts in the form of kangaroo’s which sold for a staggering £18,000. Kate has also contributed to a number of books including Judith Millers ‘Dictionary of Art and Antiques’.

Speaking about why she choose a career in antiques, Kate told BBC: “My father had his own saleroom when I was growing up so I started rummaging for treasure and sitting on the auctioneer’s rostrum, from an early age. I think a lot of the antiques business is in the blood. So many traditional dealers impart their knowledge and enthusiasm to the next generation, and so the tradition continues. My father certainly taught me how to auctioneer and command the room. My parents love antiques and quirky objects (my mother’s idea of a great Christmas present is an antique shrimping net!) and their passion has rubbed off on me. I also loved studying the craftsmanship of pieces and the history behind them.”

Kate is an antiques expert on the BBC’s Bargain Hunt. Speaking about the favourite part of her role, the antiques expert said: “I love meeting new people and on BH sometimes we only have a short cuppa in the Green Room with new contestants before it’s out on the shop, so its great to quickly strike up a rapport with people and have some fun. But I also love looking at antiques. I’m always learning in this business and it’s very rewarding to be able to impart a few tricks of the trade or some history to those who have only just started learning.”

On how she got involved in Bargain Hunt, Kate said: “I was the only lady auctioneer at my local saleroom and we were a bit of a novelty then (it’s going back a bit!). So I was asked to appear on the show as the auctioneer and then quickly followed as an expert. I will never forget turning up on my first shoot in my high heels feeling very proud in my new suit but the fair we were filming at was outdoors and it rained the entire weekend. I ended up wearing Philip Serrell’s wellies which were 3 sizes too big!”

She was born Kate Alcock (maiden name) in 1975 in Herefordshire, England.

Is Kate Bliss married? She is married to her husband Jonathan Bliss. They have been married since 2005. Jonathan is an auctioneer and director of Brookes Bliss (formerly Brightwells). Brookes Bliss specialises in the sale of individual town and country residential properties and manages a large and varied lettings portfolio.

Kate married Jonathan Bliss on 3 September 2005 at Byford Church in Hereford. The couple met when Kate worked at Brightwells where Jonathan was a senior partner at the time. The wedding proved something of an “antiques roadshow” as two of Kate’s TV colleagues joined in the celebrations. Tim Wonnacott from Bargain Hunt and Philip Serrell, with whom Kate works on Flog It and in his Malvern auction house, were on hand to wish the couple well.

Kate is the daughter of Hereford surveyor Lyndon Alcock. She and her husband Jonathan Bliss have two children, Lily Bliss and Ben Bliss. Kate lives with her family in rural Herefordshire.

How much is Kate Bliss worth? She has an estimated net worth of $1 million.