Rupert Blanchard is a designer, maker and collector. Born in Margate, Kent, Rupert moved to London in 1999 to purse a graphic design course at St. Martins. He started salvaging finds and upcycling them into gorgeous, industrial-style furniture. He works out of a studio in a nondescript alley in London. Here, he focuses on objects that no longer fulfill the purpose for which they were originally created. Rupert enjoys the challenge of collecting discarded, broken, and over-looked materials and turning them into distinctive pieces of furniture.

Rupert spends his days going to car boots sales, thrift shops and industrial waste sites. He brings his finds back to his workshop, which was formerly part of the Shoreditch Police station. His signature style is multi-drawer cabinets made from leftover pieces such as mismatched drawers, and old enamel advertising signs.

He stores his found elements in his warehouse until the time is right to use them. He says it’s difficult to not become a hoarder but keeps things organized according to material and size. These found materials combine beautifully to create unique pieces more valuable than the sum of their parts.

His interest in drawers began at an early age:

“My obsession with drawers and collecting began at an early age,” Rupert Blanchard said in a past interview. “As a child, I would enjoy riffling through a large bank of watchmaker’s drawers that lined the corridor to my grandmother’s kitchen. Each tiny drawer was full of every useful object that you could ever need, an odd screw, a piece of string, folded plastic bags, buttons, paper and pens. Everyone should have a useful drawer.”

Rupert Blanchard Money For Nothing

Furniture designer Rupert Blanchard is one of the stars of BBC1’s Money For Nothing. The professional hoarder puts his design and making skills to use by repairing and reworking an eclectic mix of salvaged materials from natural wood to galvanised steel signage. He creates bespoke, often graphic, always distinctive pieces, fuelled by a passion for authenticity, inherent in all of his work.

Is Rupert Blanchard married? He is married to his wife Polly Benford. They have a son, Ray, born in May 2018. In December 2018, Rupert thanked his wife in an Instagram post for her love and support. He wrote: “2018. This was the year that I lost my Mum and I gained my Son and in between I made things. Thank you everyone, my friends, my family and most of all @redandyel14 for your love & support.”

In July 2019, Rupert shared a stunning photo of his son playing with boxes, writing, “I don’t intend on filling my feed with baby photos, but I’m particularly proud of this one; like father like son, he enjoys playing with boxes. Teaching him here about the safe and responsible use and reuse of plastics.”

Rupert Blanchard’s net worth is estimated to be $1 million. 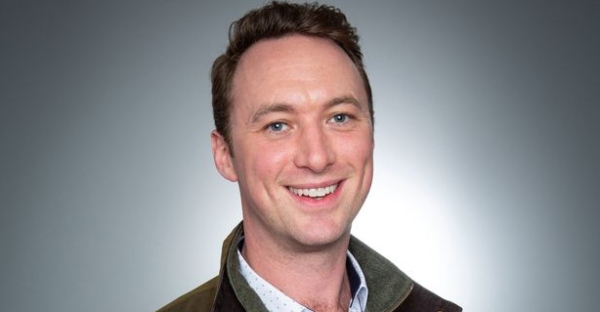