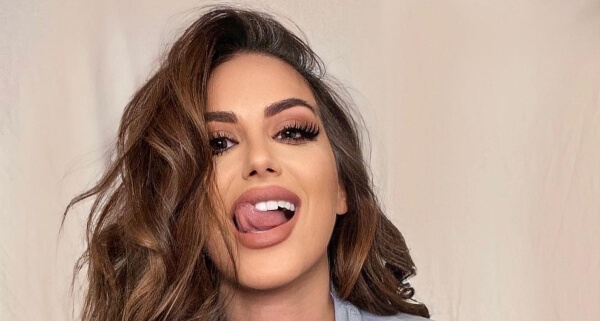 Nivine Jay is an actress, model, writer, and social media influencer. She has appeared in the films: The Donut Split in 2014 and Space Juice in 2021, according to IMDB. She also has acting credits as a Sorority Girl in 2014’s Neighbors and in the Kroll Show in the same year. She is also the author of a book titled Crybaby. The book focuses on the journey of a twenty-something-year-old after she breaks up with the love of her life.

In May 2021, social media influencer Nivine Jay revealed that actor Ben Affleck sent her an Instagram video message after they allegedly matched on the celebrity dating app Raya.

Jay shared the video to TikTok, writing, “Thinking of the time I matched with Ben Affleck on raya and thought it was fake so I unmatched him and he sent me a video on Instagram.”

The video features the Batman actor asking, “Nivine, why did you unmatch me? It’s me.” She went on to caption the clip: “Sorry Ben #raya #benaffleck #dating #fyp.”

It is unclear when the alleged exchange took place. The Way Back star previously confirmed that he was on the dating app Raya in 2019.

Affleck made a light-hearted post about his personal life after reports that he was using Raya. “HA, you got me. I’m dating,” Affleck wrote in an instagram post at the time, before opening up about a cause he cared about. “But let’s be serious for a moment and talk about something that is actually important. I have been in recovery for over a year and part of that is helping out others. @themidnightmission is an incredible organization that helps those in need with housing, training, development and recovery,” he continued.

Continuing to poke fun at the news about his dating life, Affleck asked if Raya would be willing to join him in making a donation to the organization.

“I’m making a donation today because there are people battling addiction every day that don’t have the resources and need help. @raya, you in? Who else is with me? Click the link in my bio to donate,” he wrote, tagging the addiction recovery organization, The Midnight Mission.

By 2020, however, the Justice League actor was off the market. Affleck began dating actress Ana de Armas early that year and remained together for a year until their split in January 2021. In the months following his split, Affleck has sparked reunion rumors with his ex-fiancée, Jennifer Lopez, after she called it quits with Alex Rodrguez in April 2021.

Previously, Affleck dated Saturday Night Live producer Lindsay Shookus. He was married to Jennifer Garner in 2005 until they divorced in 2018. The two have three kids together: daughters Violet, Seraphina, and son Samuel.