Prior to working as an Executive Regional Recruiter, Timbrooks served as a Bartender at Fox Restaurant Concepts West Hollywood, California. She has also served as a Bartender at Scampo, at Stephanie’s On Newbury, and at Legal Sea Foods in Greater Boston Area. Cassidy graduated from Arizona State University with an Associate’s degree, Business Administration and Management, in 2016. She is a pro at driving stick shift.

She was born on May 17, 1995, in Los Angeles, California, United States. She was raised in Arizona and she has lived in Boston. Cassidy currently resides in Santa Monica, California.

Is Cassidy Timbrooks married? She is not married. She is currently looking for love in Clayton Echard’s season of The Bachelor. According to her ABC Bio, she is driven, confident, and looking for a partner who can keep up with her fast-paced lifestyle. She wants someone attracted to her independence, a teammate who wants to create a home, and someone who can match her adventurous nature.

Her family lives in Cave Creek, Arizona. On October 23, 2020, Cassidy lost her father to brain cancer. She announced his death via her Instagram, Cassidy wrote, “My father passed away this morning, and has left a large hole in his family. His unmatched wit, endless charm and bountiful charisma will linger forever in the hearts of those who knew him. I am so thankful to my stepmother, Marilee, and to her family, for sacrificing so much to make his end of life as peaceful and as comfortable as possible.”

She added, “Those of you who know me well know that my father hasn’t been a part of my life for quite some time. I have harbored a great deal of grief and resentment in my heart for years that has made my progression into adulthood, at times…let’s go with turbulent. That said, I am positively humbled with gratitude that the opportunity to be in my fathers home, breaking bread with his family, and sitting beside him on the couch during the last few months of his life was one that I had. Only with an open, grateful heart can one truly heal from their hurts and let go of what holds them back.”

“The impact my father had is far reaching and colorful, and certainly not without misstep. I will regret, probably forever, allowing my pride to stop me from reaching out to him so many dozens of times over the years. If you’re reading this, I hope you have the strength to find the humility I wish I had had years ago. I encourage you to extend forgiveness in your lives, even to those who maybe aren’t sorry, or don’t quite deserve it. You’ve heard it a million times and a million ways- but it is true that life is shockingly short. It’s also true that a lot of things aren’t that big of a deal, in retrospect, please take it from me,” She wrote. She has a brother, Thaddeus Timbrooks. 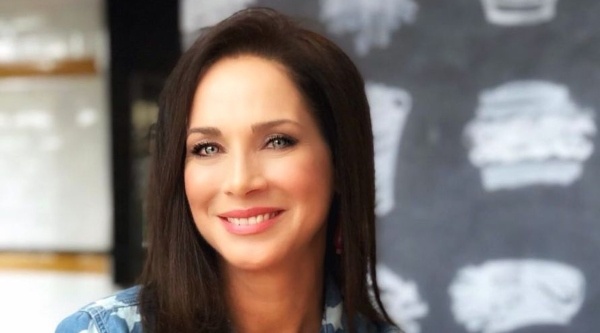