Most recently, Anjula presented $e#tape, a significant groundbreaking 4 part relationship series on Channel 4. The much talked about series garnered tremendous media interest, conversations on social media and delivered many water cooler moments. The show involved three couples per episode discussing all areas of their relationship including their intimate moments, and shared this with Anjula and the rest of the contributors. With Anjula’s support, guidance and feedback, the couples were able to open up to each other, gain insights, and make positive changes to improve their relationships.

Anjula was the behavioural expert on season 2 of Make or Break (My5 April 2019). Filmed on a beautiful Caribbean Island, this exciting 10 part series sees 8 couples put through a wide range of relationships challenges. Through a series of expert led exercises, the couples were faced with an ultimate decision – will they Make or Break?

Having contributed to a successful season 2, Anjula continued as the resident behavioural expert on Fights Camera Action season 3 and most recently season 4 for Paramount – an eye opening series that looked at angry behaviour across the globe. Anjula explored and explained the motivations behind often outrageous outbursts that some people display when angry.

Anjula was the resident psychologist on 50 Ways to Kill your Lover, showing both in the U.K and the U.S (U.S version called How Not to Kill Your husband) – an eight-part series where she gave her forensic relationship analysis on complex cases. This series aired in the UK and US in 2014 on CI and ID channels. It was the number 1 rated show on the ID channel in the U.S. Due to the success of the show, Anjula was invited back to reprise her role for season 2 which is currently airing in the U.S.

Anjula contributed as resident expert psychologist on the series, Autopsy – The Last Hours… for several series which aired on Channel 5 UK, Channel 7 Australia & E! and Reelz in the US, giving her analysis on celebrity case studies.

She was the resident psychologist on a 10 part series for Fox TV entitled, Man-Up. This unique series aired in 2014 and put men and their relationship issues under the microscope in order to help them ditch unhelpful behaviour and get the life that they want.

She has also fronted a variety of cutting edges series such as, My Naked Secret, a 12 part series for Discovery Worldwide and TLC, where she showcased her skills at working with people’s emotional issues surrounding their self-image and How to Have Sex After Marriage for Five, a ground breaking series that helped couples work to improve their emotional and sexual communication. Before this, she fronted BBC1’s primetime series Family Contract in which she helped families to reduce conflict within the family and live more harmoniously.

Anjula co-presented Sky 1’s popular prime-time series Body Language Secrets. This series covered topics from: love, lying, and power, to selling, attraction, and humour. The programme showed her ability as an interviewer and communicator to translate complex psychological concepts into accessible everyday language. She was also co-anchor for two series of Channel 5’s Doctor Doctor, alongside Dr Phil Hammond and Dr Mark Porter and the expert phobia psychologist on Feel the Fear for CITV, working alongside Holly Willoughby, commenting on a range of challenging subjects and helping children understand how to overcome irrational fears.

Anjula is regularly invited to contribute to a wide range of documentaries. She has appeared on ITV1’s Tonight programme, working on a range of issues from: Dying to be Thin, a documentary which examined body image to more recently a documentary about Prince Harry- ahead of the Royal wedding. Anjula has also contributed to other documentaries including, The Davina Hour on W- exploring Friendship, Celebrity Botched up Bodies Channel 5 (series 1 and 2), The Truth about Beauty (UKTV Style) and Celebrity Yo-Yo Dieters (Living) to name but a few.

She makes regular guest appearances on programmes such as: Good Morning Britain, Lorraine, BBC Breakfast, and The Alan Titchmarsh Show. She was the resident psychologist on ITV`s This Morning for over five years, and continues to contribute to the show. Anjula has also appeared on BBC1’s The One Show.

Anjula has been invited to be resident Agony Aunt for several publications, including Reveal, Grazia and Top Sante and is regularly asked to contribute to lifestyle magazines including: Psychologies, Woman, Take a Break, Cosmopolitan, Fabulous, Grazia and Glamour. She also contributes to The Times, Guardian, The Sun, and The Mirror.

Anjula is Vice President for RELATE, and has worked alongside Ruby Wax and Prof Tanya Byron to represent the brand. She is also the Media and Diversity ambassador for The National Counselling Society.

Described as a relatable warm and disarming interviewer, Anjula has also hosted Relate conferences where she has interviewed the likes of Alain de Botton and Ruby Wax.

She is regularly invited to be a spokesperson and consultant for PR companies when they require a specialist expert for their brand campaigns for companies like TK Maxx, Garnier, Sure, Sainsbury, Kleenex, Tango, Pass on Plastic, Speedo, California Almonds and Jackpot Joy to name but a few.

Anjula Mutanda is a senior practitioner and holds the status of MBACP. She is registered with The British association for Counselling and Psychotherapy and the NCS where she is a Fellow. She is also qualified in treating post-traumatic stress, couples counselling, anger management, as well as cognitive behavioural coaching. Mutanda has a background in work-place and organisational psychology, outplacement and Stress management Consultancy as well as previously being Director of Emotional Intelligence in the Workplace.

Is Anjula Mutanda married? She is married and therefore has a husband.

Relationship Psychotherapist Anjula Mutanda was born to an Indian mother and a Ugandan father. Her mother is Hindu while her father was Catholic. Mutanda’s parents “had a very dramatic, volatile marriage”. They eventually separated and she lived with her dad. Her dad passed away in the late 70s after he suffered a fatal stroke.

Speaking about her childhood in an interview with Melan Mag, Mutanda said: “I was born in Uganda to parents who had a very dramatic, volatile marriage. Outside of our home it was also a politically explosive time in Uganda too. Idi Amin, the notorious dictatorial president was in power. We literally lived opposite the presidential residence so there was always military protection around because my dad too was in politics. I guess you could say that I had a protected world view but I also knew that some very bad things were happening around me at the same time. Even as a young girl I had a heightened awareness about the world.

“My mum and I arrived in the UK in the late 70s, my dad had passed away recently before. He’d suffered a fatal stroke. At the time, my parents had already separated and I was living with my dad. When he suffered the stroke, my mum came to get me and we had to flee the country. She was allowed to leave the country, but I wasn’t. We arrived in the UK with the clothes on our backs and one suitcase! It’s only when I look back I realise what a traumatic time of my life it was.”

Psychotherapist Anjula Mutanda was born as an only child.

Anjula Mutanda is of African origin. She was born in Uganda to an Indian mother and a Ugandan father.

Anjula Mutanda is of mixed heritage (half Indian and half Ugandan).

Describing her heritage to Melan Mag, Mutanda said: “I’m half Indian and half Ugandan – my mother is Indian and my father is Ugandan. I regard myself as being culturally as well as religiously mixed, because my mum is Hindu and my dad was Catholic. Quite an unusual combination really; I haven’t come across anyone else quite like me.”

As the first-ever black president of Relate, Mutanda said: “I’m very excited to be appointed as Relate’s first black President especially because it comes at a vital time in our history – a time not only for soul searching but a time for action.

“People of different backgrounds are underrepresented in the counselling profession and this is something we definitely need to address. I’m looking forward to working with Relate to reach more young people, more people from black, Asian and ethnically diverse communities, more LGBTQ+ people, and to attract more counsellors from these backgrounds to train with the charity.” 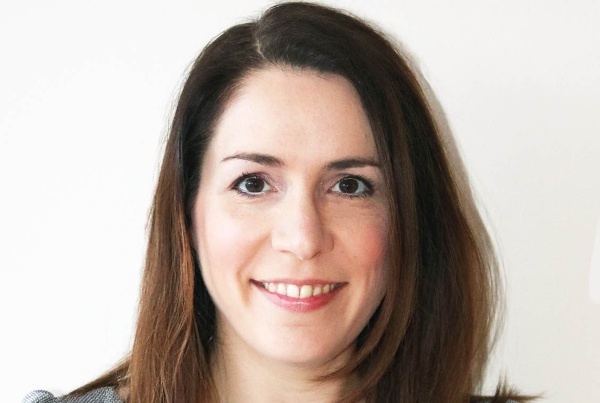