Julija Stoliarenko is a Lithuanian mixed martial arts and Lethwei fighter. She currently competes in the Ultimate Fighting Championship in the Bantamweight division. She is a former Invicta FC women’s bantamweight champion and also a former champion in the Burmese martial art of Lethwei.

On Friday March 19, 2021, Julija Stoliarenko collapsed twice while attempting to weigh for her scheduled UFC Fight Night bout on March 20, 2021, with Julia Avila in Las Vegas. This prompted the cancellation of her bout.

While on the scale, Stoliarenko started to lose her balance. She attempted to take a step back off the scale but staggered backward and collapsed against the UFC backdrop. UFC security assisted Stoliarenko to a chair at the corner of the stage. She was was allowed to get on the scale again to weigh in for the Nevada State Athletic Commission. She successfully made 135.5 pounds. However, when trying to get off the scale a second time, she collapsed again, with a member of the UFC security team catching her. A nearby physician came in to tend to her. She was taken from the room on a stretcher. She was transported to a hospital, according to the UFC.

In an Instagram video Friday evening, March 19, 2021, Stoliarenko said she actually did not have trouble cutting weight. She said she reached the bantamweight limit too early Friday, at around 5 a.m. With the weigh-ins starting at 9 a.m., she had to stay without food and water for four hours in order to make weight for the bout.

She said: “As everybody knows when you cut weight, you cannot be on this weight for too long, because you’re already on the limits of your dehydration and so on. That was an issue why it all happened.” 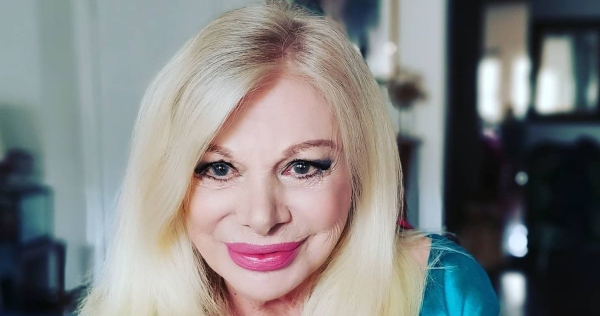