Harry Gration was an English television presenter and journalist. He was one of the presenters of BBC Yorkshire’s Look North news programme. He joined BBC Look North as a presenter in 1982 and left the show in October 2020.

Speaking after it was announced he was leaving the BBC in 2020, Gration said: “I’ve interviewed every prime minister since Margaret Thatcher, covered every major Look North story even at the expense of my holidays, and I wouldn’t have changed a thing.

“I’ve always lived the story. Horrendous events such as the devastating news of Jo Cox’s death, the disastrous floods of recent times, the Bradford riots, Hillsborough, have always affected me. They were always an assault on my county.

“Standout moments include raising over £800,000 on a tandem, pushing a sofa and being tied to [BBC weatherman] Paul [Hudson]: three challenges my body will never forget.”

Gration, who was born in Bradford, began filing match reports for the BBC while working as a history teacher in the mid-1970s. He joined the BBC in 1978 and Look North in 1982. He presented his last show in 2020. During his career, he won two Royal Television Society (RTS) awards for sports documentaries and he won the RTS Best Presenter award twice.

While at the corporation, he reported on Match of the Day and Grandstand and commentated on several Olympic and Commonwealth Games, and also presented South Today. When he left the BBC in October 2020, the day before his 70th birthday, he said he had “always lived the story”.

Gration said his stand-out moments during his time at the BBC had been raising a total of over £800,000 for charity while on a tandem with fellow Look North presenter Amy Garcia, pushing a sofa and tied to colleague Paul Hudson.

In 2013, Gration was appointed MBE in the Queen’s Birthday honours list for services to broadcasting. He said the MBE was “an overwhelming honour. Something I never thought would happen to me. For a lad born in a back-to-back in Bradford, I know my mum and dad would have loved to have been around for this day.”

In addition to broadcasting, Gration had been president of the Scarborough Cricket Festival, chairman of the Yorkshire Tourist Board Tourism Awards and was involved with numerous charities. He was also a deputy lieutenant of North Yorkshire.

In July 2011, he was awarded an honorary degree by the faculty of arts at Leeds Metropolitan University, and in 2013 he was named Man of the Year at the Yorkshire Awards.

The veteran sports broadcaster and former Look North presenter was born on 22 October 1950 in Bradford, West Riding of Yorkshire, England. He passed away on 24 June 2022. He was 71.

Gration was married thrice. He was married to his third wife, Helen, at the time of his death. Little is known about his first wife and second wife. Harry Gration’s wife, Helen, paid tribute to her husband. She told the BBC: “He will forever be with us. Our three boys and I loved Harry totally. We had an awful lot of fun with him and our home was his life.”

Harry Gration had six children from his three marriages.

In 2019, Harry Gration became a father again at the age of 68, when his wife, Helen, gave birth to his sixth child.

Born in Bradford, Gration’s grandfather drove a trolley bus here and his father was the manager of Boots in Darley Street, before promotion took the family to Leeds and then York.

Gration was “a high maintenance teenager for my mum and dad.” He told The Yorkshire Post: “I lacked confidence. I think partly it was because we moved house a lot when I was young, I went to six primary schools between the ages of five and eleven years old and I went to three different schools in one year. I actually fell way behind and it was a long time before I caught up again. My mum liked to move house.”

Former BBC Look North presenter Harry Gration died on 24 June 2022 at the age of 71. His death was announced on air by his former Look North co-presenter Amy Garcia. Fighting back tears, Amy Garcia told viewers: “As we close the programme tonight, I have some very sad news to share with you all. Our much-loved friend and colleague Harry Gration very suddenly died today.”

BBC Yorkshire shared in a tweet: “Our much loved friend and colleague Harry Gration died suddenly today. We are absolutely heartbroken to give you this news. Tonight our hearts go out to Harry’s wife Helen, their children and all of Harry’s family and friends.”

BBC Director-General Tim Davie said: “Harry Gration MBE was an outstanding broadcaster and commentator. He had a real connection with the public who saw him as one of their own. Loved everywhere, but especially in Yorkshire, he will be hugely missed by his many fans and friends. Our thoughts are with his family at this difficult time.”

Jason Horton, Acting Director, BBC England, said: “Gration was one of the true broadcasting greats”. He said: “He was a natural on the television and on radio, adored by our audiences, especially as the trusted face of Look North and South Today. He loved news, sport, his colleagues and fundraising for Children in Need and Comic Relief. Our thoughts are with his family, his friends and everyone across the BBC who he worked with.”

Channel 5 news presenter Dan Walker, who recently left his role on BBC Breakfast, tweeted: “Harry would often call to talk & once, I’d been hammered in the press for something, he called with the kindest & most helpful words of encouragement. He cared. He was brilliant to work with, wonderful to watch & just a true gentleman.”

Leeds United wrote on Twitter: “Harry Gration was a magnificent journalist and a pillar of our community. Our thoughts and prayers are with Helen and Harry’s family. Rest in Peace, Harry.”

Yorkshire County Cricket Club tweeted: “We are deeply saddened to discover that former Board member and friend of the Club, Harry Gration, has passed away. Our thoughts are with Harry’s friends and families at this difficult time.”

On 28 July 2022, Harry Gration’s wife Helen Gration released a loving statement following the death of the much-loved BBC Look North presenter and revealed that he was suffering from cancer.

Helen said in a statement: “I wanted to share my thought and thanks before the thanksgiving service. In the weeks since Harry died, my family and I have been utterly humbled and overwhelmed by the kindness expressed by so many people.

“Harry’s warmth and wisdom travelled far and wide during his life. To us he was a much loved husband and father and, although we knew he had a public life, we have been awe-struck and deeply moved by the esteem and affection in which he was held. The messages we have been sent have given us all great comfort at a time of enormous shock and grief.

“We have discovered how Harry was a great many different things to different people. A friend, a colleague, an inspiration, or simply that reassuring presence you grew up with on TV at teatime. But no matter how you knew him, there’s no doubt that he brought a great deal of fun to all our lives. There was so much fun and laughter in our house now we feel so proud to hear about so many moments where he made other people smile too.

“For any donations people may wish to make, I have asked for them to be directed to Myeloma UK. This is because Harry had Myeloma – a type of blood cancer and a health matter unconnected to his death. We had known about this for some years now and it was diagnosed as ‘smouldering myeloma’, where symptoms are few and are manageable on the whole. Harry and I were keen to be able to support research into this cancer and help those who are living with it.

“Harry packed a great deal into his life: an inspiring broadcast career and a family of six children and grandchildren too. We are all grieving his loss. He would have been truly amazed by the heartfelt response to his death and most of all so grateful for the support being shown to his loved ones. Thank you so sincerely for all the many acts of kindness over the last few weeks. I am truly grateful, and I know Harry would be too.”

Harry Gration Cause of Death

The cause of death was not revealed. His wife Helen Gration revealed he had been living with myeloma – a type of blood cancer – but it was unconnected to his death.

BBC Look North presenter Harry Gration had “Myeloma – a type of blood cancer and a health matter unconnected to his death,” his wife revealed.

In 2011, Gration had a major operation. He “had to have a portion of my stomach removed.” He colud not eat much and as a result “went down to nine and a half stones at one point. My problem is keeping weight on, I am eleven and a half stone but I could be a lot less, I have to be careful,” he told The Yorkshire Post in 2014.

Did Harry Gration have cancer? The BBC Look North presenter had Myeloma, a type of blood cancer.

Harry Gration’s net worth is estimated to be $1 million. 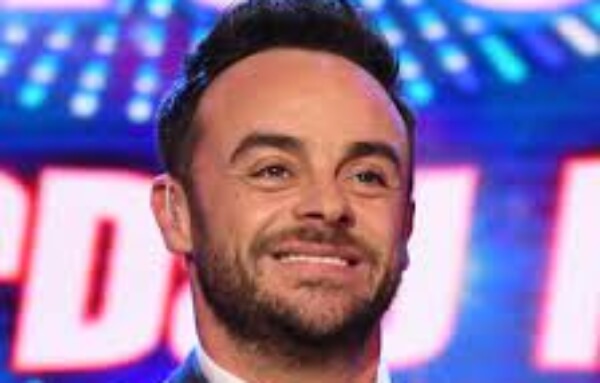 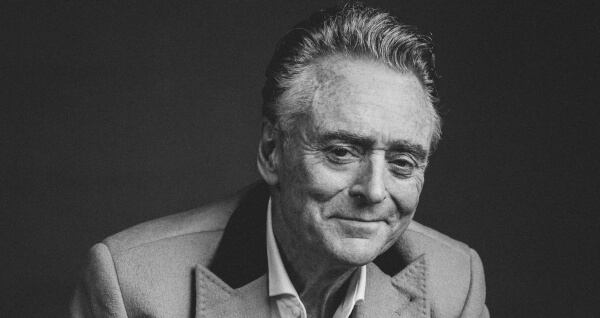