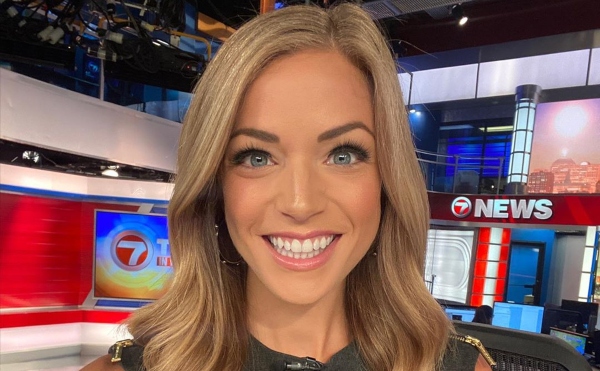 Alaina Pinto is an American news anchor and reporter. She was an anchor for the WHDH Boston Channel 7 News until October 2020. She joined 7 News in December 2016 as traffic reporter, and since worked the news desk and regularly appeared on the station’s morning broadcast.

Prior to joining Channel 7 News, she was a reporter at WVNY & WFFF from Jul 2014 – Dec 2016. Before that, Pinto was a Health Unit Intern at ideastream from Jan 2014 – May 2014. She was a Visitor Relations Student Assistant & Student Director of Tour Training at the University of Akron from Aug 2012 – May 2014. She was also a WJW Fox 8 Intern at WJW Fox 8 New Day Cleveland from May 2013 – Aug 2013. She graduated in 2014 from The University of Akron with a Bachelor of Arts (B.A.) in Media Productions and Radio/TV, according to her Linkedin bio.

Alaina Pinto revealed in a statement on social media on October 15, 2020, that she had been fired from WHDH Channel 7 News Boston for briefly appearing in Sandler’s new Netflix movie, Hubie Halloween.

The statement read: “Earlier this week I was let go from 7 News. I am posting this because I want to be open and honest with all of you. Last year, I participated in a cameo in the recently released Netflix movie by Adam Sandler, “Hubie Halloween”. In doing so, I mistakenly violated my contract with the station and I understand why management unfortunately chose to terminate me. I am deeply disappointed and saddened, and I hoped this would not be how things evolved. Thanks to all my wonderful 7 News viewers and my supportive and great colleagues at the station. Reporting the news to you every morning was an honor and a privilege. I promise to stay in touch and keep you updated on the next chapter. The future is bright!”

Oh my gourd – it’s October! Did September even happen? What a wonderful time of year to explore your own city. Not too many tourists, not too hot, and many homes in Beacon Hill, and other neighborhoods, go all out to decorate for the season. One of my favorite flower shops is on W. Cedar Street and right now they have gourds and sunflowers and all the things. It’s an adorable spot to find in Boston. Love to @brianmcw for taking these photos. You’re a star. More love to @maurainez_hair for these soft curls and blonde locks. You’re a star. . . . . . . . . . . . . . . . . . . . #Boston #massachusetts #newenglandlife #newengland #bostonma #bostonusa #travelmore #exploreboston #getoutsideandplay #berkshires #capecodlife #capecod #happydance #visitma #visitboston #theprettycity #beaconhill #autumnvibes🍁 #gourds #pumpkins #mynuuly #flowershops #touristinyourowncity #getlostnow #hair #blonde #ootd #portraitphotography 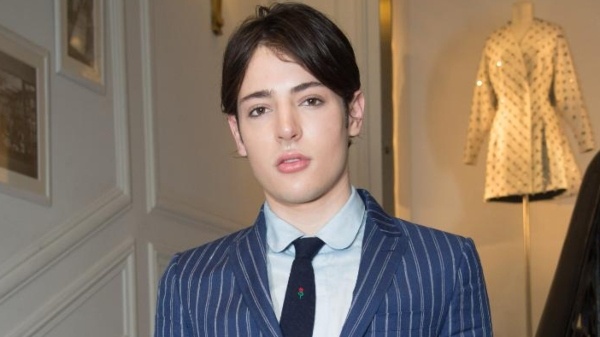