Sam Finelli (full name Samuel Finelli) is a singer from Peachtree Corners, Georgia. He currently serves as a bakery cashier in Georgia. He is a contestant in the twentieth season of ABC’s reality singing competition show, American Idol. Finelli auditioned for the show and earned a golden ticket to Hollywood in early 2022. American Idol season 20 started airing on February 27, 2022, on the ABC television network. The show can be watched via Hulu and on ABC. American Idol fans can also catch up with the past performances and Golden Ticket interviews on ABC’s website.

The Georgia native has been singing from an early age, he describes music as his ‘best friend’. He was diagnosed with high-functioning autism as a child and he has struggled to cope, however, Finelli doesn’t want to be defined by his Autistic condition. He believes he is just different. His Instagram bio reads, “I’m Autistic- I’m different, not less.” Finelli graduated in 2020 from Beacon College, in Leesburg, Florida.

Finelli is a contestant in the 20th season of ABC’s reality singing show, American Idol. He is among the few contestants who have already auditioned and earned a ticket to Hollywood. Despite admitting to being shy while singing to people, Finelli auditioned in front of the Idol judges: Katy Perry, Lionel Richie, and Luke Bryan and earned a Golden ticket to Hollywood after his tear-dropping performance. He says he tried Idol to chase his music dreams.

For his audition, Finelli performed “Rainbow” by Kacey Musgraves. All the three judges gave him a standing ovation and sent him to Hollywood. His audition song was special as he says he has sang it to his late grandmother, Finelli said, “I also sang it for my grandmother, who was dying of cancer.” His grandmother passed away in 2020. His audition was aired on March 13, 2022, on ABC.

Auditioning for the Idol is a dream come true for Finelli who says he never thought he would achieve it in a million years. He went on to describe it as the happiest day of his life, he said via a social media post, The happiest day of my LIFE, was when I got invited to audition for the American Idol judges. I hope to inspire people to chase their dreams no matter what challenges they may be facing. I never would of thought in a million years my dreams would ever come true. But, I’m living proof of that. Everyone has DIFFERENT successes and success comes in all shapes and sizes, and mine just happened to be this day when I got to perform for the 3 Idol judges. Tune in tonight on ABC at 8pm to see if Hollywood is in the cards for me.

He is 28 years old as of 2022. He was born in Peachtree Corners, Georgia, United States.

Is Sam Finelli married? His marriage is unclear. His girlfriend is unclear.

Who are Sam Finelli’s parents? He is the son of Suzie (mother). His father is unclear. His mother, Suzie was with him during the audition as he received his American Idol Golden ticket to Hollywood. Sam Finelli’s mother went on to reveal that her son has high-functioning autism and has always found comfort and support in singing. She said, “Music helped Sam a lot, he’d just put his earbuds in and that’s how he learned to cope.” 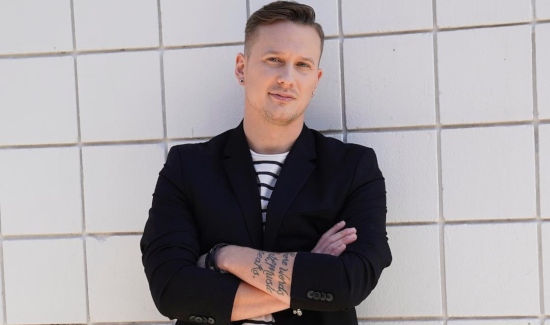