Elsa Peretti was an Italian jewelry designer, philanthropist, and fashion model. She began working with Tiffany & Co. in 1974. Since joining Tiffany, she created a number of iconic pieces for the luxury jewelry retailer, many of which were inspired by bone fragments and other natural elements.

Born in Florence, Italy and educated in Rome and Switzerland, she later returned to Rome to pursue a degree in interior design. By 1969, she established herself as a fashion model in New York and Barcelona and was also beginning to design her own jewelry. American fashion designer Giorgio di Sant’Angelo used a few of her pieces in a fashion show, which were an instant success. It was during this time that she met the legendary designer Halston, who became her longtime friend, frequent collaborator and who introduced her to Tiffany & Co. leadership. She joined the company in 1974.

As a successful jewelry designer with a decade of coveted collections—such as Bottle, Open Heart, Bean design® and, of course, her Bone cuffs—it wasn’t until the early 1980s that her collections for Tiffany expanded to include china, crystal and silver designs for the home.

In recognition of her remarkable career, Tiffany established the Elsa Peretti Professorship in Jewelry Design at the Fashion Institute of Technology, the first endowed professorship in the history of FIT. In 2001 the designer was given an honorary Doctor of Fine Arts degree from FIT.

She also received the 1971 Coty American Fashion Critics’ Award for Jewelry and the Rhode Island School of Design President’s Fellow Award in 1981. In 1996, the Council of Fashion Designers of America named her Accessory Designer of the Year. Elsa Peretti’s designs are in the permanent collections of the British Museum in London, England; The Metropolitan Museum of Art in New York City; the Museum of Fine Arts in Boston, Massachusetts; and the Museum of Fine Arts in Houston, Texas.

Peretti was also the president and founder of the Nando and Elsa Peretti Foundation (NaEPF), which commits its resources mostly to small and specific projects for the benefit of local communities that also address issues of global relevance. The NaEPF provides grant support in the following areas: Environmental and biodiversity conservation; Social inclusion and social welfare, including relief of poverty with a focus on elderly and children; Education; Promotion and protection of human rights and the rule of law; Health, medical care and scientific research; Arts, culture or historical preservation.

In 2017 the Foundation entered into a 2-million Euro partnership with 8 organizations, namely UNHCR, World Food Programme, AMREF Health Africa, Light for the World, MEF-Médecins Sans Frontières, CUAMM Doctors with Africa, INTERSOS, and AZ Children/Nurture Africa to work towards the mitigation of predominant risks in South-Sudan, by addressing the food and nutrition crisis, protecting refugees and displaced people of violence and providing more than 55.000 children access to education.

Elsa Peretti was never married. However, she was in a number of relationships. Her longest relationship was with Stefano Magini, a contractor whom she first met in 1978. She told VanityFair, “He was basically a truckdriver. We were together 23 years. Ten were great.”

She was born as the youngest daughter of Ferdinando Peretti and Maria Luisa Pighini. She was estranged from her well-to-do and tradition-bound family for most of her adult life.

Tiffany & Co. shared a statement following the death of the designer. The statement read: “Tiffany & Co. is deeply saddened by the passing of Elsa Peretti, famed jewelry designer for the House and member of the Tiffany family since 1974.

“A masterful artisan, #ElsaPeretti revolutionized the world of design and forever changed the way women wore jewelry. Elsa’s legacy will remain a constant inspiration for generations to come.”

Tiffany & Co. also tweeted: “Our hearts go out to her family, friends, and the artisans and craftspeople who realized her fantasies. She will be deeply missed by all of us at Tiffany & Co.”

In her obituary by Vogue Magazine, her work is described as “carved, pure—irresistibly touchable—it has been called jewelry as sculpture, sculpture as jewelry, and the most sensuous jewelry in the world.”

Elsa Peretti Cause of Death

Elsa Peretti’s cause of death was not revealed.

Elsa Peretti net worth: She began working with Tiffany & Co. in 1974 and over time her pieces came to account for about 10% of the company’s sales. On December 31, 2012, Tiffany paid a one-time fee of more than $47.2 million to Peretti. In addition, Peretti was set to receive a basic annual royalty fee of $450,000 for use of Peretti Intellectual Property ($9 million dollars over 20 years). 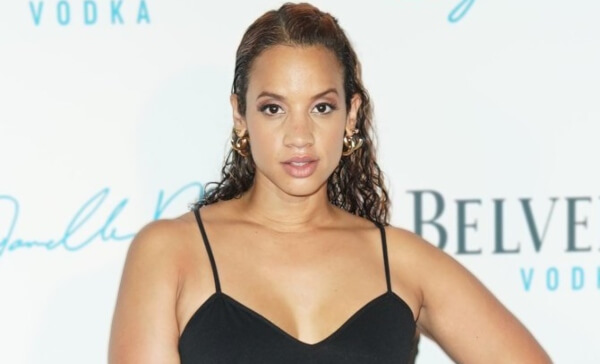