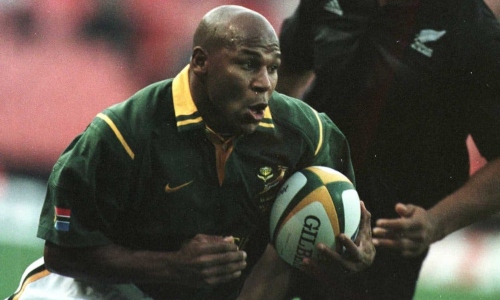 Chester Williams full name Chester Mornay Williams, was a South African rugby union rugby player. He played for DHL Western Province and the Xerox Golden Lions during his provincial career, which stretched from 1991 to 2000. He also played Vodacom Super Rugby for the DHL Stormers and the Cats.

Williams made his Springbok debut against Argentina in 1993 and played 27 Tests for South Africa until his last Test, against Wales in 2000, scoring 14 Test tries in the process. In total, he played 47 matches in the green and gold and scored 27 tries.

In 1995, Chester Williams was a member of the initial Springbok squad for the Rugby World Cup, but had to withdraw due to injury shortly before the tournament started. He was later recalled and scored four tries in the quarter-final against Samoa.

Chester Williams was named the SA Rugby Player of the Year in 1994. Apart from lifting the Webb Ellis Cup in 1995, Williams was also a member of the Springbok squad that won the Castle Lager Rugby Championship (then Tri-Nations) in 1998, and he won the Currie Cup with the Xerox Golden Lions in 1999.

He played in 22 tournaments for the Springbok Sevens team, including the Rugby World Cup Sevens tournaments in 1993 and 2001. He also captained the Blitzboks at the Commonwealth Games in 1998.

After his playing days, Chester Williams turned to coaching, where he was involved at various levels of the game, including the Blitzboks, Cats (Vodacom Super Rugby), the national teams of Uganda and Tunisia, the Phakisa Pumas (Currie Cup), and more recently the University of the Western Cape in the FNB Varsity Cup.

Williams was married to his wife Maria Robson.

He was previously married to his first wife Teresa Muller.

Chester Williams’s first wife was Teresa Muller. At the time of his death, he was married to his second wife, Maria Robson. He had three children, Ryan Williams and twins, Chloe Williams and Matthew Williams. His other family members are Wilmot Williams (brother) and Wilfred Williams (father).

Chester Williams died on 6 September 2019 in Cape Town. He was 49. Williams is survived by his wife, Maria, and three children, Ryan and twins, Matthew and Chloe.

Following his death, Mark Alexander, President of SA Rugby, said in a statement: “The news of Chester’s passing is devastating and hard to believe, as he was still young and seemingly in good health. Chester was a true pioneer in South African rugby and his performances at the World Cup in 1995, as a snapshot of his Springbok career, will forever be etched in the hearts and minds of our rugby public.

“As a member of the Springbok class of 1995, Chester was not only well-known in the rugby fraternity, but he was a much-loved South African whose influence stretched wider than just the rugby world.

“He was passionate about rugby and South Africa and as coach, at various levels, selflessly gave back to the game after he hung up his boots. He played with courage and was a beacon of light in his community and in the broader South African context.

“Chester Williams had so much more to give. Our thoughts and condolences are with his wife, Maria, his children, family and friends during this very sad time.”

Williams is the fifth member of the Springbok squad from 1995 to pass away, after Kitch Christie (coach), Ruben Kruger (flank), Joost van der Westhuizen (scrumhalf), and James Small (wing), who died of a heart attack on 10 July 2019 in Johannesburg, South Africa.

Chester Williams’ cause of death was a heart attack.

He stood at a height of 5 feet 8 inches. 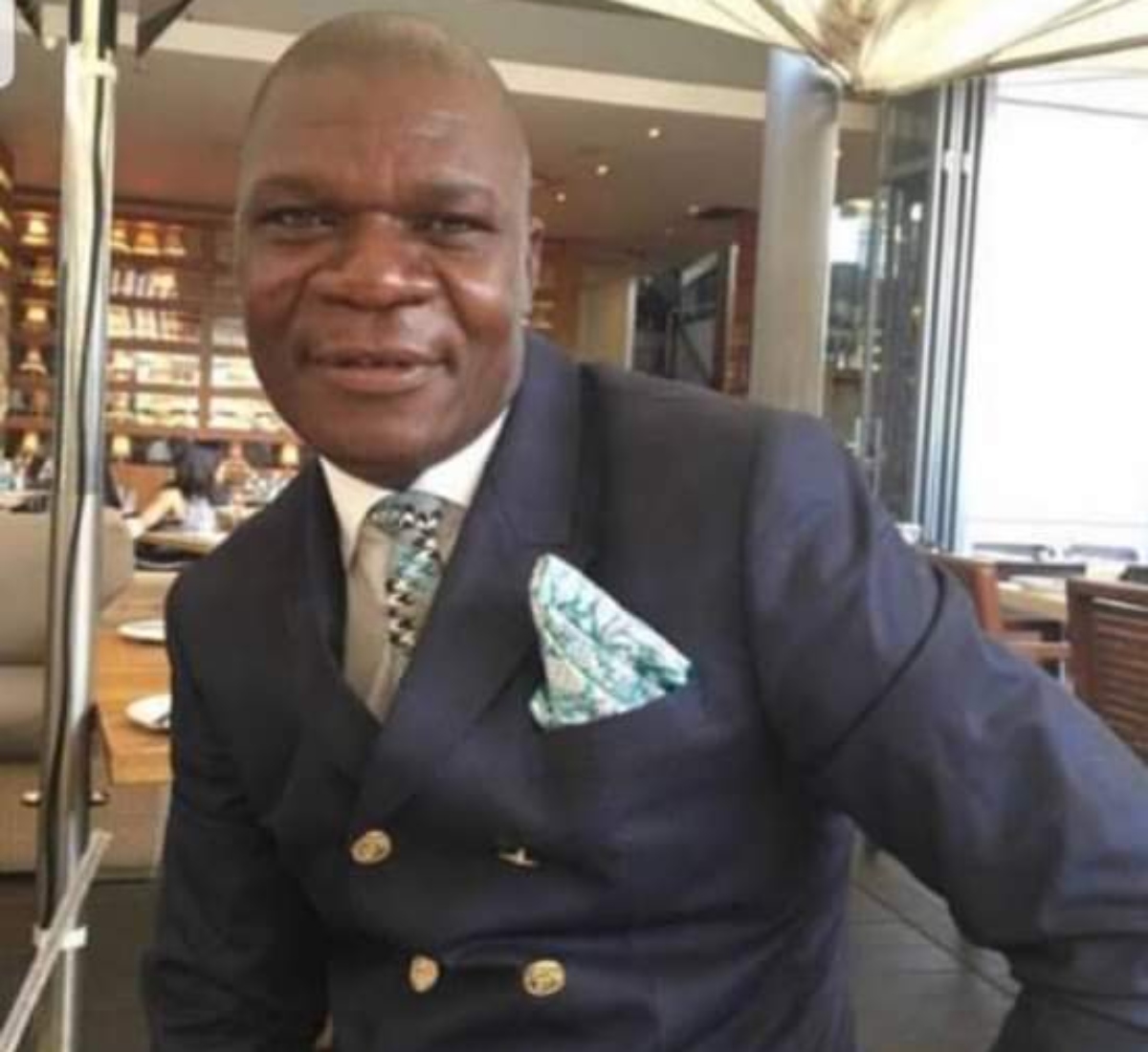 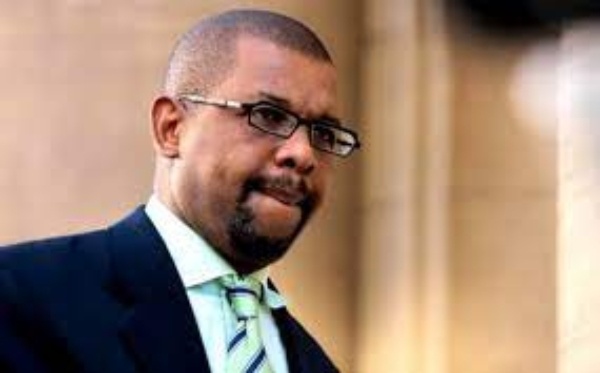 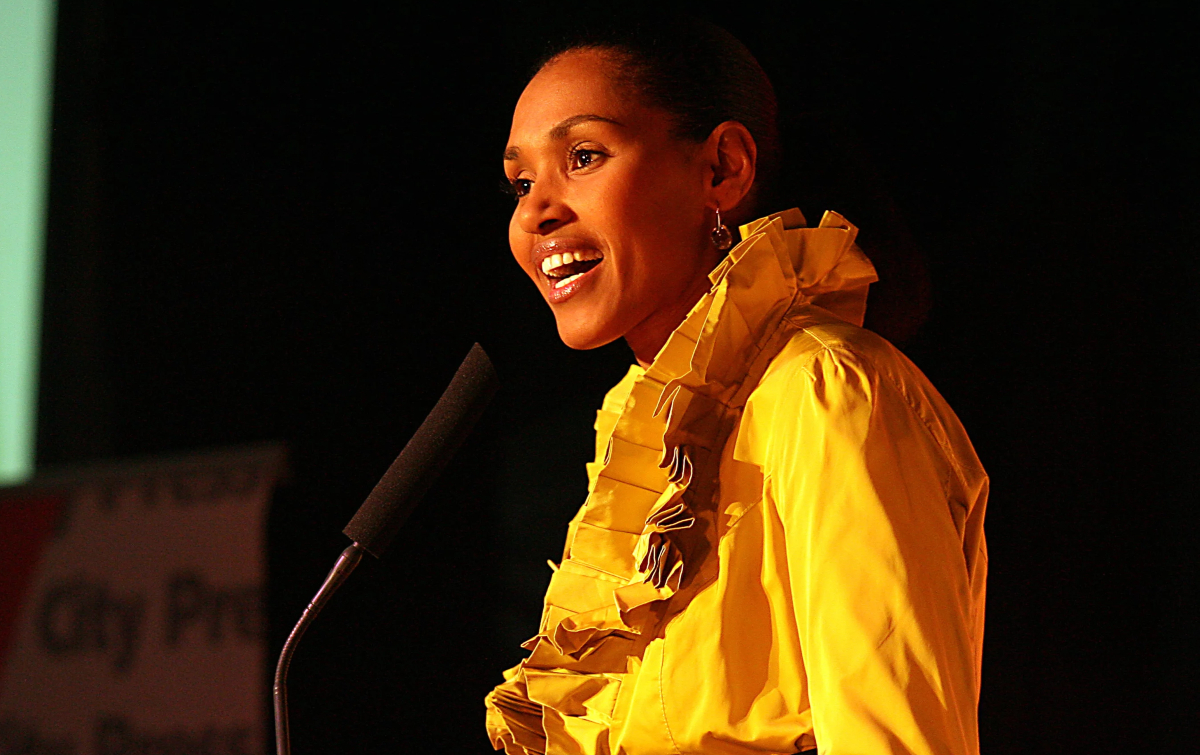