Angie Diale was a South African television personality, HIV activist, family, health, and relationships counselor. She was the Managing Director at PEO Entle HIV Wellness and Youth Skills Development. She was known for hosting roles at the SABC1 factual entertainment series Relate and the Mzansi Magic docu-reality series Please Step In.

In the mid-2000s Angie was the spokesperson for the National Department of Health’s Khomanani campaign lobbying the nation, ordinary citizens, Businesses, Government departments, and non-governmental organizations (NGOs) to make a pledge for life and turn around the HIV pandemic through meeting the everyday needs of people living with HIV and AIDS and orphaned and vulnerable children. She worked at Sandringham Gardens as a nurse trainee. Angie also worked at Johannesburg Hospital and she was the founder of the Democratic Nursing Organisation of South Africa.

She was a married woman with two children.

On December 23, 2021, Angie Diale’s family released a statement announcing her death, the family spokesperson said in a statement, “She was complaining of shortness of breath and subsequently treated at Tshepo Temba Hospital yesterday and later transferred to Leratong Hospital where she sadly passed in the early hours of this morning. The cause of death has been confirmed to be Pneumonia.”

The entertainment industry have paid tribute to the fallen hero, Mzansi Magic said in a post via the official Instagram ” Mzansi Magic is saddened by the passing of celebrated HIV activist, health and relationship counsellor and #PleaseStepIn host, Angie Diale (Mam’ Angie). She appeared on 7 seasons of the show, assisting those in our society struggling with family relations, sharing knowledge and always encouraging forgiveness. We send our heartfelt condolences to her family, friends and fans during this difficult time.”

Angie Diale Cause of Death

Angie died of complications from pneumonia on 23 December 2021 she was 55 years old. 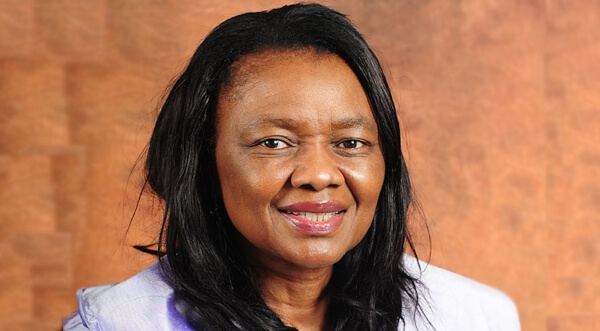