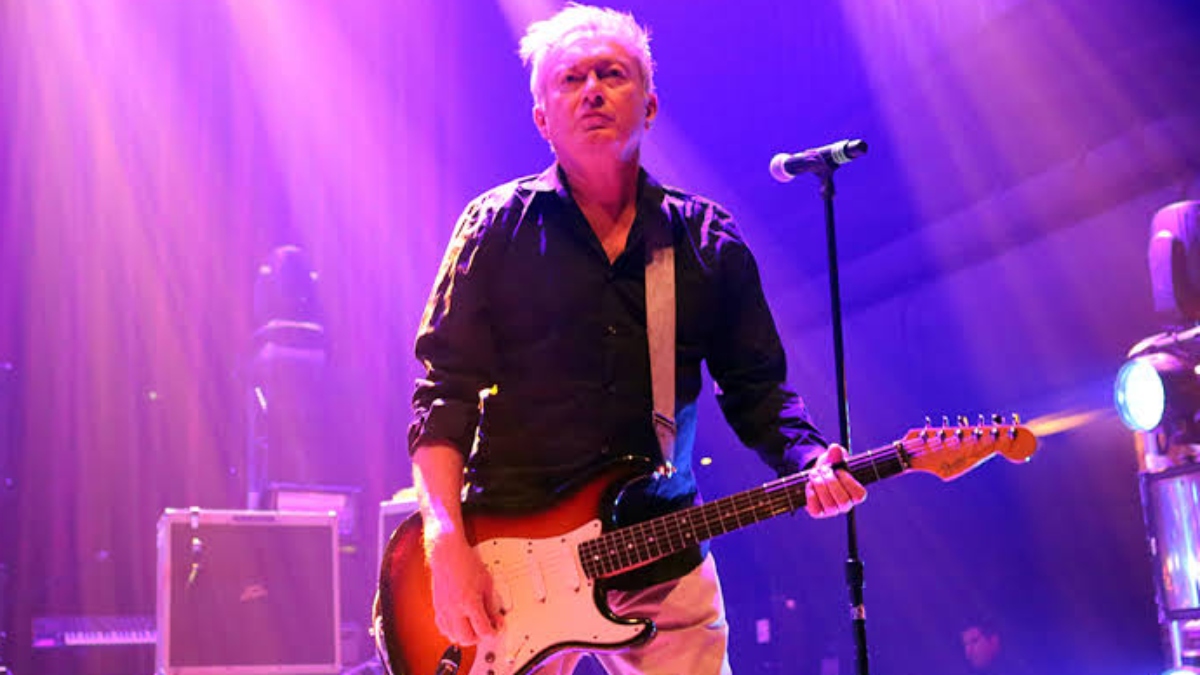 Andy Gill born Andrew James Dalrymple Gill was a guitarist and founding member of Gang of Four. He co-founded Gang Of Four with singer Jon King, bassist Dave Allen, and drummer Hugo Burnham in 1976 while they were students at Leeds University, College Art and Polytechnic.

The band rose to fame with the release of their debut single “Damaged Goods,” which rose to No. 1 on the U.K. Indie Charts and No. 39 on the U.S. Billboard Dance Club Songs chart.

Gill was also a record producer and co-produced all of Gang of Four’s discography. He also produced for artists such as Red Hot Chili Peppers, the Stranglers, Michael Hutchence, Killing Joke, Therapy?, the Jesus Lizard, and the Futureheads.

Gill was married to his wife Catherine Mayer. Mayer is a journalist and the co-founder of the Women’s Equality Party.

Gill is survived by his wife Catherine Mayer and his brother Martin.

Gill died on 1 February 2020 at age 64 in a central London hospital after a short respiratory illness. His death was announced by his Gang Of Four bandmates John Sterry, Thomas McNeice and Tobias Humble in a statement on the band’s website.

“This is so hard for us to write, but our great friend and Supreme Leader has died today [1 February 2020]. Andy’s final tour in November was the only way he was ever really going to bow out; with a Stratocaster around his neck, screaming with feedback and deafening the front row.

“His uncompromising artistic vision and commitment to the cause meant that he was still listening to mixes for the upcoming record, whilst planning the next tour from his hospital bed.

“But to us, he was our friend – and we’ll remember him for his kindness and generosity, his fearsome intelligence, bad jokes, mad stories and endless cups of Darjeeling tea. He just so happened to be a bit of a genius too.

“One of the best to ever do it, his influence on guitar music and the creative process was inspiring for us, as well as everyone who worked alongside him and listened to his music. And his albums and production work speak for themselves. Go give ‘em a spin for him… Love you mate. John, Thomas and Tobias. GANG OF FOUR.”

Andy Gill Cause of Death

Andy Gill’s cause of death was respiratory illness.