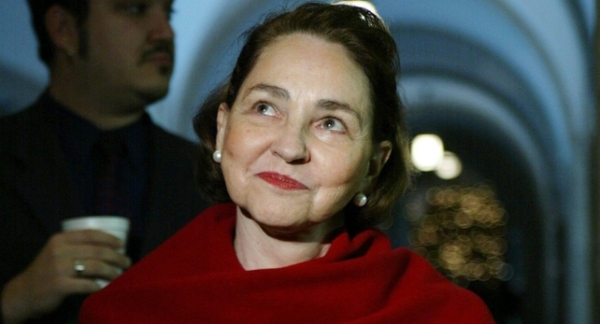 Aline Chretien was the wife of Jean Chretien, the twentieth Prime Minister of Canada. She previously worked as a secretary, payroll manager, and model. In her later life, she went on to become a trained pianist with The Royal Conservatory of Music.

Aline Chretien had been married to her husband Jean Chretien ​from 1957 until her death on September 12, 2020. She had celebrated her 63rd wedding anniversary two days before. The couple met on a bus in 1951 when Jean Chrétien was 17 and Aline was 15. They married on September 10, 1957, in a ceremony that was squeezed in between Jean’s shifts working at the local mill and his university classes, according to CBC.

Aline Chretien was the oldest child of Yvonne and Albert Chaîné. Her mother was a hairdresser; her father worked at a nearby power plant in Shawinigan, Quebec.

Aline Chretien suffered from Alzheimer’s disease in the final years of her life.

Aline Chretien died surrounded by family on September 12, 2020, at the age of 84 at her home in Shawinigan, Que., after suffering from Alzheimer’s disease for a number of years.

Justin Trudeau, Prime Minister of Canada, issued the following statement on the passing of Aline Chrétien: “I was deeply saddened to learn of the passing of Aline Chrétien, wife of the Right Honourable Jean Chrétien, former Prime Minister of Canada. On behalf of all Canadians, Sophie and I offer our deepest condolences to Mr. Chrétien, their three children, France, Hubert, and Michel, as well as their extended family.

“Aline was born in Shawinigan, Quebec, and started in life with humble beginnings in a hard working family. She was a strong mother, and a devoted wife for over 60 years, who tirelessly supported one of Canada’s longest serving Prime Ministers during some of the country’s most pivotal moments.

“As one of Mr. Chrétien’s most influential advisors, Aline was known for her tenacity, sharp intellect, and acute sense of observation. The life that she and Jean shared together, including their service to Canadians, was built on a foundation of trust, hard work, and equal partnership.

“We owe a great debt to Aline, who faithfully served Quebecers and all Canadians, championed multiculturalism and bilingualism, and helped bring us closer together. Authentic and honest, she taught us the importance of persevering, even when things get tough.

“I offer my heartfelt condolences to my friend Jean, who has lost his partner and best friend, as well as all of Aline’s family and friends, and I join all Canadians in celebrating her life and mourning her passing.”

Former prime minister Stephen Harper and his wife Laureen Harper said: “Laureen and I were saddened to learn of the passing of Aline Chrétien. We will always remember her kind nature and unwavering devotion to her beloved husband Jean and their family. We join our fellow Canadians in thanking Aline for her lifelong service to our country.”

Gov. Gen. Julie Payette, a former astronaut, paid tribute to Aline Chretien on Twitter. Payette tweeted: “Madame Aline Chrétien was present at my first launch into space (seen here with my parents at Cape Canaveral in 1999). A woman of heart, attentive and generous. My most sincere condolences to her family.”

Conservative Leader Erin O’Toole tweeted: “Rebecca and I are saddened to learn of the passing of Aline Chrétien. Our thoughts are with former Prime Minister Jean Chrétien and the couple’s children, France, Hubert and Michel, during this difficult time.”

Aline Chretien Cause of Death

Aline Chretien’s cause of death was not revealed. She suffered from Alzheimer’s disease in the final years of her life. 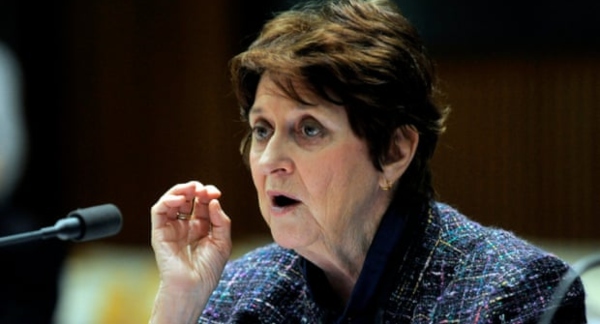