Tania Mallet was a British model and actress. She took a course at Lucy Clayton’s School Of Modelling and started working as a model at just 16 years old.

Mallet rose to fame as a model in the 1950s and ‘60s and is best known for appearing as Bond girl Tilly Masterson in 1964’s Goldfinger. Her only other acting appearance onscreen was an uncredited role on an episode of the TV series The New Avengers in 1976.

Producer Cubby Broccoli originally tested Mallet for the part of Tatiana Romanova in 1957’s From Russia With Love after seeing a picture of her modeling in a bikini. She missed out on that role and the role of Tatiana Romanova ultimately went to Italian beauty Daniela Bianchi. Mallet went on to score a part in Goldfinger. Her character was ultimately killed off in the film, and Mallet continued to model.

In 2003, Mallet told MI6 that after filming Goldfinger, she made a conscious decision to go back to modeling. She said, “Filming had been an interesting experience but I was always more comfortable in a small studio with just the photographer and his assistant. Besides which, the restrictions placed on me for the duration of the filming grated were dreadful and I could not anticipate living my life like that. For instance, being forbidden to ride in case I had an accident, not being allowed to go abroad etc.”

She added: “Originally, I was offered £50 per week, which I managed to push up to £150, but even so I earned more than that in a day modeling so the six months I worked (or was retained to work) on Goldfinger were real sacrifice.”

Tania died on 30 March 2019. She was 77 years old. Her death was announced on Sunday on the official James Bond Twitter.

“We are very sorry to hear that Tania Mallet who played Tilly Masterson in GOLDFINGER has passed away. Our thoughts are with her family and friends at this sad time.”

We are very sorry to hear that Tania Mallet who played Tilly Masterson in GOLDFINGER has passed away. Our thoughts are with her family and friends at this sad time. pic.twitter.com/gMkqqheGJ7

Tania Mallet Cause of Death

Tania Mallet’s cause of death was not disclosed.

She had an estimated net worth of $5 million. 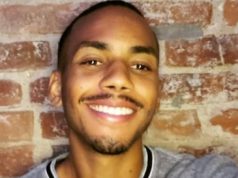