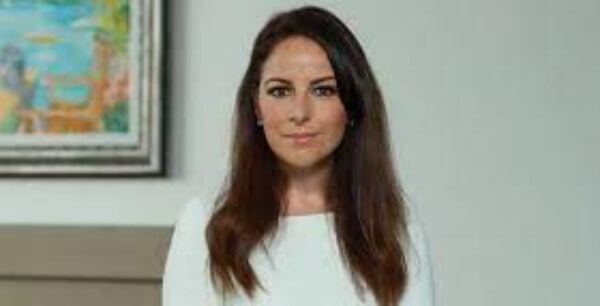 Sharri Markson is an Australian journalist and the Political Editor for The Daily Telegraph and host of the Sky News program “Sharri” which airs on Sunday evenings. She has won numerous awards in journalism, including two Walkley awards. She started her journalism career as a copy girl at The Sunday Telegraph at 16. She was promoted to the State Political Reporter, Canberra correspondent, and finally, Chief of Staff. She twice won the Young Journalist of the Year Award and did secondments at the New York Post and The Sun in London. As a political reporter for The Sunday Telegraph in Canberra, she revealed Tony Abbott missed the $42 billion stimulus package vote in Parliament because he fell asleep after a night of drinking.She joined the Seven Network in 2011 and was commended in the Walkley Awards for an investigation that revealed the Deputy Premier, Andrew Stoner’s rush to cash in on the Solar Bonus Scheme subsidy for solar panels on his roof after then-Premier Kristina Keneally announced it was shutting down. The coverage was cited as the first scandal of the new O’Farrell government. In 2012, she was part of a team of journalists who won a Walkley award for TV news reporting. The team reported a Cabinet leak that revealed the NSW Government banned the sale of unleaded petrol without ethanol, to the benefit of the monopoly company, Manildra, against departmental advice, in a move that would increase the price of petrol for taxpayers.

She was recruited as the Australian editor of Cleo in 2013. Her tenure as an editor involved launching a fight for equal pay for men and women named “Ditch the pay GAP”. The magazine also ran a prominent investigation into companies that were paying women less than men by examining the financial statements of 100 Australian companies. While editor, she made the decision to no longer mention sex on the magazine’s cover. In the same year coverage in CLEO triggered an investigation at the University of Sydney into sexual harassment occurring during ‘initiation ceremonies’ at the University’s prestigious colleges. She became media editor of The Australian newspaper in February 2014. There she was “noted for her aggressive pursuit of stories involving the ABC and Fairfax Media.” She shifted to a senior writing role in 2015. Her work has occasionally attracted controversy. In November 2015, she was detained by Israeli security officials for breaching protocol during a visit to the Ziv Medical Centre in Safed. In September 2016, she was appointed National Political Editor for The Daily Telegraph. She wrote the front-page stories on then-Sydney Morning Herald columnist, Mike Carlton’s abusive and anti-semitic emails and tweets to readers in the midst of the Israel-Hamas conflict in Gaza. Her reporting led to the long-standing columnist’s resignation from Fairfax. Fairfax’s publisher, Sean Aylmer, told 2UE, “The issue wasn’t the printing of the column. What sort of got him into trouble was the way he responded to those readers, and it was totally inappropriate, using very inappropriate language.”. A month after the coverage she was the subject of an anti-Semitic threat.

She won a Walkley Award in 2018 alongside journalists Kylar Loussikian and Chris Dore for coverage of Barnaby Joyce’s affair and “love child” with a parliamentary staffer, which ultimately led to Joyce’s resignation as Australia’s deputy prime minister. The sensational front-page story, Bundle of Joyce, featured Joyce’s girlfriend, Vicki Campion, walking across the street while pregnant. The story was initially met with controversy, with some journalists, commentators, and politicians claiming the affair and pregnancy should have been kept secret from the public. She argued it was in the public interest to expose the hypocrisy of Joyce, who is a conservative politician who had campaigned on family values, opposed same-sex marriage, and did not think women should get the cervical cancer vaccine because it might make them more promiscuous. Later coverage by Markson revealed that Campion had been awarded jobs she was not qualified for in the officers of other government politicians and that Joyce had lied about the affair to then Prime Minister Malcolm Turnbull. The story led to Mr. Turnbull announcing a “bonk ban” where ministers could not have sexual relations with their staff members.

In 2018, she won a Kennedy Award for Journalism for Scoop of the Year and Political Journalist of the Year and the overall award for journalist of the year. In 2018, she won the Sir Keith Murdoch Award for Excellence in Journalism. As political editor of The Daily Telegraph, she also broke the news of the impending leadership coup against Malcolm Turnbull by Peter Dutton. On August 17, 2018, she was the first to report Dutton was being urged to seize the leadership “within weeks” by conservative MPs unhappy with Malcolm Turnbull’s leadership. She followed up her story by breaking another story the next day that Dutton was seriously considering launching a challenge for the prime ministership. The coverage of the leadership coupled Markson to jointly win the 2019 Federal Parliamentary Press Gallery Journalist of the Year Award presented by the National Press Club of Australia. In June 2018, she attended the AIJAC sponsored Rambam Fellowship Program in Israel, along with other journalists and politicians. According to The Australian Jewish News, “she found Israel to be an eye-opening experience as a journalist but also discovered a deep emotional awakening inside her as an Australian Jew while visiting the Western Wall for the first time”Markson began hosting a self-titled weekly program on Sky News Live from 9 October 2018. The debut episode of ”Sharri” was “reached” by 105,000 viewers over the course of an hour, according to Sky News, however, according to Australia’s National Subscription TV Database, the show averaged 1,000 viewers. After returning from maternity leave, Markson’s show shifted to Sunday nights at 6 pm where her ratings reached 314,000 viewers. In 2019, Markson won another Kennedy Award for columnist of the year.

During the Federal Election campaign, Markson took her five-month-old baby on the campaign trail where they traveled with the Prime Minister on his private plane. In May 2019, she was “mocked on Twitter” after stating on air eight days before Election Day that the Coalition had a real chance to win. Her analysis defied the majority of polling and public opinion which expected an electoral victory for then-Opposition Leader Bill Shorten and rather predicted the Coalition would come to win the election by taking a few key seats in Victoria, New South Wales, and, crucially, Queensland. She later credited the Coalition victory to an incredible turnaround pulled off by leader Scott Morrison in key marginal areas. In May 2020, reporting by Markson in The Daily Telegraph claimed that the Wuhan Institute of Virology was the source of COVID-19, citing an intelligence dossier supposedly originating from Five Eyes intelligence. Australian intelligence found no evidence that the report was based on any such intelligence.

She is married to her husband, Chaz Heitner. They got married in 2017.

Her father is a celebrity promoter, Max Markson and her mother is Ro Markson. She also has a sibling, Rikki Markson. 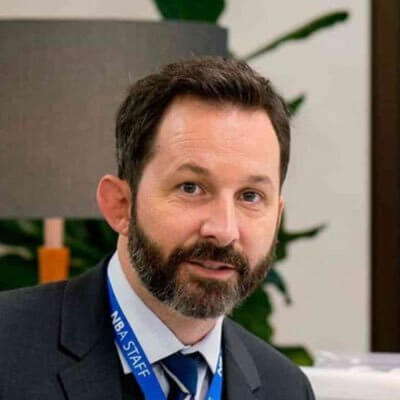