Sarah Welch is the Executive Chef, Founding Member and Equity Partner at Marrow. She is also the co-Founder of seafood-centric restaurant Mink, a sustainable and ethically sourced seafood spot in Corktown, Detroit. Marrow was voted a semi-finalist for Best New Restaurant in the country by the James Beard Foundation in 2019, and in that same year was named one of the top new restaurants by Eater. The following year, Sarah was named a James Beard Foundation semi-finalist in the Best Chef in the Great Lakes category.

Welch trained at the renowned International Culinary Center in New York City after getting a Bachelor of Arts degree in business from Michigan State University in 2009.

She interned four nights a week for April Bloomfield, the renowned chef of the Spotted Pig restaurant in New York. In 2010, Welch moved back to Michigan and ended up working at the Forest Grill in Birmingham for two years, followed by a long stint as sous chef at Mani Osteria in Ann Arbor.

Welch then decided to get out of town and explore the food scene around the country. She told The Detroit News: “I drove the entire U.S, with my Australian Shepherd, Quincy, over the course of four months, stopping to eat in all of the major cities along my route.”

Upon her return, Welch helped Brad Greenhill, the owner of Katoi in Detroit, with catering until October of 2014, when she accepted a position as the sous chef of Republic. Shortly after, she took on the role of executive chef in the spring of 2015 at Republic Tavern before opening Parks & Rec Diner later that year. She was Executive Chef at Republic and Parks and Recreation for two years.

She credits her childhood experience of growing up partially in Jamaica as an inspiration for becoming a chef. Her father, Steven, owned the Lost Beach Resort in Jamaica, where Welch spent a lot of time especially with the cooks in the kitchen, doing prep tasks such as cleaning spiny lobsters and making coco bread. The neighborhood kids her age also knew how to cook, so she made sure she knew how to grill fish and make dumplings too.

“That was a huge influence — learning that people my age in other countries are self-sufficient in terms of feeding themselves,”Welch told SEEN Magazine. “They go to the little shop up the street, they buy what they need, they take that home, they cook it for themselves. Sometimes one of the kids didn’t have the financial ability to do it, and so (the others would) share with each other. And so there were a lot of early lessons for me of equity and sharing and fairness and food.”

Sarah Welch’s age is unclear. She was born in Ann Arbor, Michigan. She grew up in Jamaica and Michigan. Her parents owned the Lost Beach Resort in Jamaica.

Chef Sarah Welch competes in Houston for the 19th season of Bravo TV’s Top Chef. Season 19 of Top Chef features 14 other chefs from across the country, along with host Padma Lakshmi, head judge Tom Colicchio and Gail Simmons. The chefs will hone their skills taking on the city’s ethnically diverse culinary scene, testing their abilities with Nigerian cuisine, feeding diners at an Asian Night Market, and putting their spin on Texas staples like barbecue and Tex-Mex.

Marrow Executive Chef Sarah Welch is engaged to her fiancé, Cameron Rolka, who is also a chef. He is the Executive chef at MINK. Chefs Cameron Rolka and Sarah Welch first met in the kitchen at Mani Osteria and Bar in Ann Arbor, where Rolka was serving as a line cook and Welch a sous chef. In June 2020, nine years after the couple started dating, Rolka proposed. 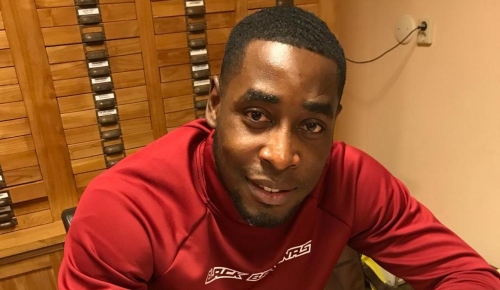