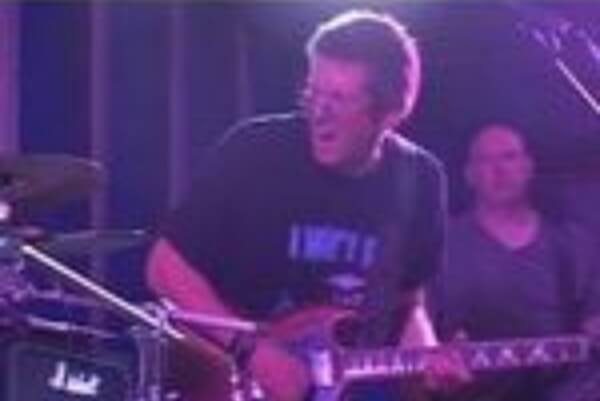 John Adam Hardman is a musician and the father of Sarah Harding of the British pop group Girls Aloud. Sarah Harding’s father, John Adam Hardman, is a guitarist, vocalist, keyboard player, producer, and songwriter. He started his professional career as writer and guitarist/keyboard player for EMI band Sunfighter in 1975-1978, working with Queen’s producer Roy Thomas Baker and Chris Rainbow from The Alan Parsons Project.

Between 1978 and 1980 John had a session career, working in most major London studios of the day, touring as well with musician/comedian Max Boyce. Numerous TV appearances were made including BBC’s Top Of The Pops, Supersonic, Pebble Mill, Royal Variety Show, televised live shows and videos.

In 1980 John released his first solo single on Gallery/WEA label and also formed his own independent record label with his brother called Swamp Records (UK) and a number of eclectic releases were made by such artists as Telephone Bill & The Smooth Operators, Neil Lewis, Eugene & The Syncopaters, The Chief, Susie Hep, Ian Lang & Small Change and others.

In 1984 John started working with Gus Dudgeon (best known for his Elton John/Chris Rea/Elkie Brooks album productions). Several tracks were produced between John and Gus, 2 of which appeared on Beats Working’s debut album in 1986.

From 1986 the label concentrated almost exclusively on John’s work with his new rock band Beats Working, consisting of John on vocals, guitar, keyboards & writer, Chris Glover on drums & percussion, Dave Rea on guitar (and later on Simon Prickett), and Lynn Sheppard on bass/vocals. Beats Working have released some 10 albums over time, and various singles to date, including a one-off album called Good Love by ‘Class of 2’ (John & Lynn Sheppard, bass player and co-vocalist in Beats Working). As well, John has always been busy producing/playing guitar and/or keyboards for other artists, including writing and producing material for rock band ‘The Rushing’ and female dance/rock artiste K8. In 2012 he released a collection of his own songs written and produced over his long recording career, called ‘Cooked Oxide’.

Since 2012 John has produced 3 Cooked Oxide albums with a number of single releases as well. In the same year he also formed the John Hardman Band (guitar based rock) with a number of single releases and an EP of tracks all recorded at his Rockbarn Studios in Wales. As well as many JHB gigs, Beats Working releases and occasional gigs have also continued. In 2015 John teamed up with his talented musician friend and singer/songwriter Denny Lloyd for an acoustic album called ‘In Short Trousers – protest songs of generations past’ containing 14 acoustic covers of well known songs, and one original song written by the two of them. Their song is called ‘Losing My Mind’. The duo is called ‘Intrinsik’.

John Adam Hardman is the father of singer Sarah Harding of the British pop group Girls Aloud. John Hardman is a musician. Sarah Harding followed her father’s footsteps into the music industry. The Girls Aloud star died on 5 September 2021 at the age of 39 after a battle with breast cancer, her mother announced.

Her mother Marie said on Instagram: “It’s with deep heartbreak that today I’m sharing the news that my beautiful daughter Sarah has sadly passed away. Many of you will know of Sarah’s battle with cancer and that she fought so strongly from her diagnosis until her last day. She slipped away peacefully this morning. I’d like to thank everyone for their kind support over the past year. It meant the world to Sarah and it gave her great strength and comfort to know she was loved. I know she won’t want to be remembered for her fight against this terrible disease – she was a bright shining star and I hope that’s how she can be remembered instead.”