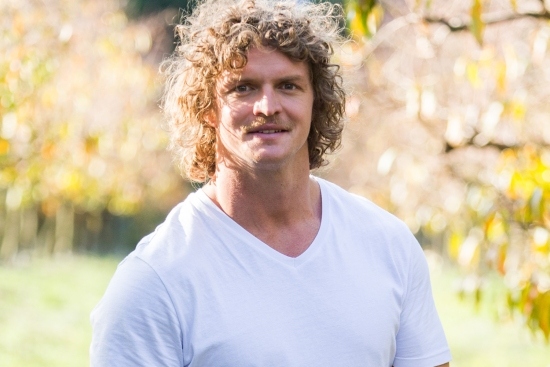 He attended St Francis’ College in Crestmead, where he starred in the swimming pool and on the athletics track, as well as on the rugby field.

Nick played as a wing for the Western Force in Super Rugby and for Coca-Cola Red Sparks in the Japanese Top League. Cummins has represented Australia in international matches for both the Australian Sevens team and the Australian rugby team.

In 2014, he quit his Aussie rugby career to move to Japan after a lucrative deal promised him better pay. The money would be used to help his father, who had been diagnosed with prostate cancer a year earlier, and siblings Elizabeth and Joe, who have cystic fibrosis.

Nick has penned two books, Tales of The Honey Badger, and Adventures of The Honey Badger, which have both hit the Best Sellers list. He also has partnered with and appeared in advertising campaigns for a number of brands, including GoPro, Volkswagen, Tradie Underwear, The Iconic, Head & Shoulders and Iron Jack Beer.

He was born on born 5 October 1987 in Port Macquarie, New South Wales, Australia.

He was born to his father Mark Cummins and mother Debbie. He is is one of eight kids, two of whom — his younger brother Joe and younger sister Elizabeth — suffer from cystic fibrosis.

He was raised in Logan City in Brisbane’s south by his father Mark Cummins, who was a single dad. Not much is known about his mother, Debbie.

Nick and his ex-girlfriend Martine Strøm Thomassen, an artist from Oslo, Norway, were together for five years. Martine moved to Western Australia in 2009 to study a Bachelor of Commerce degree.

A year into her stay, she met Nick through his brother, Nathan, after a rugby match. Soon, they were living together in a beachside apartment in Perth. They part ways in 2016.

Celebrating the win with the hugs and kisses @ms_thomassen.

“I was busier than a one-armed brick layer in Baghdad”

Gettin a bit of D on the chassis. @tradieworkwear

I was excited for my first trip to Italy. #YoungBadger