Nichelle Nichols (born Grace Dell Nichols) was an American actress, singer, and dancer. She is best known for her role as Lieutenant Nyota Uhura in Star Trek: The Original Series, and its film sequels.

“Star Trek” debuted on NBC in 1966. The show received middling reviews and ratings and was canceled after three seasons, but it became a TV mainstay in syndication. An animated “Star Trek” aired in the early 1970s, with Ms. Nichols voicing Uhura.

Ms. Nichols reprised Uhura, promoted from lieutenant to commander, in six feature films between 1979 and 1991 that helped make “Star Trek” a juggernaut. She was joined by much of the original cast, which included Shatner as the heroic captain, James T. Kirk, and Leonard Nimoy as the half-human, half-Vulcan science officer Spock; DeForest Kelley as the acerbic Dr. McCoy; George Takei as the Enterprise’s helmsman, Sulu; James Doohan as the chief engineer, Scotty; and Walter Koenig as the navigator, Chekov.

After her role on “Star Trek,” Ms. Nichols played a hard-boiled madame opposite Isaac Hayes in the 1974 blaxploitation film “Truck Turner.” For many years, she performed a one-woman show honoring Black entertainers such as Lena Horne, Eartha Kitt and Leontyne Price. She also was credited as co-author of two science-fiction novels featuring a heroine named Saturna.

Grace Dell Nichols, the daughter of a chemist and a homemaker, was born in Robbins, Ill., on Dec. 28, 1932, and grew up in nearby Chicago. After studying classical ballet and Afro-Cuban dance, she made her professional debut at 14 at the College Inn, a high-society Chicago supper club. Her performance, in a tribute to the pioneering Black dancer Katherine Dunham, reputedly impressed bandleader Duke Ellington, who was in the audience. A few years later, newly re-christened Nichelle, she briefly appeared as a dancer and singer in his traveling show.

Nichelle Nichols was married and divorced twice. At 18, she married Foster Johnson, a tap dancer 15 years her senior. They had a son before divorcing. In the late 1950s, Nichols had what she described as a “short, stormy, exciting” affair with Sammy Davis Jr. In 1963, she began an affair with Roddenberry, who was married, but broke things off when she discovered he was also seriously involved with actress Majel Barrett. Roddenberry later married Barrett, who played a nurse on “Star Trek.” Nichols’s second marriage, to songwriter and arranger Duke Mondy, ended in divorce.

Besides her son, Kyle Johnson, an actor who starred in writer-director Gordon Parks’s 1969 film “The Learning Tree,” a complete list of survivors was not immediately available.

She is survived by her son, Kyle Johnson, and two sisters, Marian Smothers and Diane Robinson.

Actress and singer Nichelle Nichols died on Saturday, July 30, 2022, in Silver City, New Mexico. She was 89 years old. Her son, Kyle Johnson, announced the death on Facebook. Her former agent Zachery McGinnis also confirmed the death but did not have further details.

“I regret to inform you that a great light in the firmament no longer shines for us as it has for so many years,” her son Kyle Johnson wrote on the website Uhura.com. “Last night, my mother, Nichelle Nichols, succumbed to natural causes and passed away. Her light, however, like the ancient galaxies now being seen for the first time, will remain for us and future generations to enjoy, learn from, and draw inspiration.

“Hers was a life well lived and as such a model for us all.

“I, and the rest of our family, would appreciate your patience and forbearance as we grieve her loss until we can recover sufficiently to speak further. Her services will be for family members and the closest of her friends and we request that her and our privacy be respected.”

NASA paid tribute to the actress on Twitter, writing, “We celebrate the life of Nichelle Nichols, Star Trek actor, trailblazer, and role model, who symbolized to so many what was possible. She partnered with us to recruit some of the first women and minority astronauts, and inspired generations to reach for the stars.”

Democratic Nominee for Governor of Georgia, Stacey Abrams, wrote: “One of my most treasured photos – Godspeed to Nichelle Nichols, champion, warrior and tremendous actor. Her kindness and bravery lit the path for many. May she forever dwell among the stars.”

Nichelle Nichols Cause of Death

The cause of death was heart failure, according to Sky Conway, a writer and a film producer who was asked by Kyle Johnson, Nichelle Nichols’s son, to speak for the family.

What is Nichelle Nichols’ net worth? She has an estimated net worth of $10 million.

Nichelle Nichols was of African-American ethnicity.

Beloved “Star Trek” actress Nichelle Nichols had been living under a conservatorship since 2018. Her son Kyle Johnson successfully petitioned to be his mother’s conservator after her former manager, Gilbert Bell, was accused of abusing Nichols financially.

As early as 2013, when Nichols was hospitalized for pancreatitis, there were indications that former manager Bell may have exercised an undue amount of influence to get Nichols to sign paperwork giving him power of attorney. In a GoFundMe established by her sister, Marian Nichols Smothers, her family alleges that after getting Nichols to grant him power of attorney, Bell transferred the deed on her home to himself in 2018, and that triggered the petition for conservatorship. 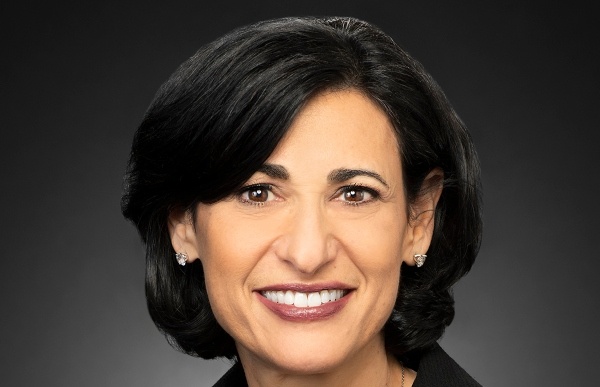