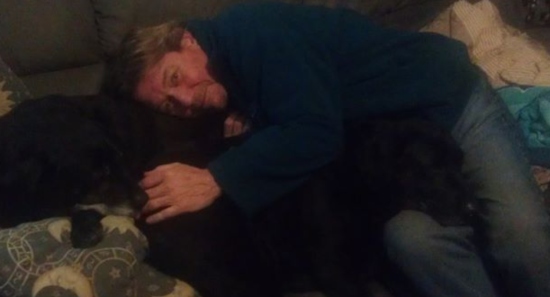 Leigh Fordham was a former Phish crew member. His name popped up in the Phish vernacular well before “46 Days” was debuted in 2003.

On Halloween 1995, Fordham appeared onstage as part of Phish’s Quadrophenia costume set, where he sang Keith Moon‘s part on “Bell Boy”. The following year, during a supremely weird performance in Omaha on November 16th, 1996, Fordham’s name came up onstage once again. After an always-bizarre “Catapult” (featuring a scarf-waving interpretive dance from Mike Gordon), the band led into arena anthem “Axilla”, which ended with eerie shout-outs to the light crew that dwelled particularly long on one crew member—Leigh Fordham. The “Harry Hood” that followed continued the Leigh Fordham vamps (alternating with cheeky laughs from the band), in addition to a truly remarkable stretch where Trey wielded his noted Jedi powers to sustain a single note for nearly three full minutes, prompting uproarious cheers from the crowd.

Leigh Fordham died on Sunday, May 19, 2019 in a road accident. His death was announced in a Facebook post by his friend Jo Ro. Jo Ro wrote, “Heartbroken at the loss of our darling Ted in a road accident on Sunday. Most people knew him as Leigh Fordham, but to a little gang of us on the Mornington Peninsula group, he was always Ted.

“He and Will always shared a special bond. Just adored each other, especially when Ted lived with us in Coburg in 2013-14. We all loved him to bits and just can’t imagine this world without him. Much love to Amy at this awful time, you made him so happy.”

Phish guitarist Trey Anastasio paid tribute to Leigh Fordham in an Instagram post. He wrote, “I was so sad to hear about the passing of our friend and beloved former crew member Leigh Fordham. Leigh was truly a great guy, funny and cool, and he and I spent some long late nights hanging out on tour, and I have such great memories of those nights.

“I wrote the lyrics to 46 days on one of those nights, and I think I was just tapping into the feel and the spirit of those hangs, but I always felt a little weird singing that line, because the honest truth is that not only didn’t Leigh ever sell me out, he was probably the last guy on earth who would ever sell anyone out. He was a truly cool guy, and he asked about it a couple times. He was Australian, so I think he said something like “Hey Mate, I never sold you out!” and I replied, “but it’s such a cool line!” so we laughed and it stayed in.

“Leigh’s spirit was a huge part of our Phish family when he was on the road with us. He always made me smile when I’d see him at soundcheck. He will be missed. Our love goes out to Leigh’s family today.”

Leigh Fordham Cause of Death