Khanyi Mbau is a South African actress, Musician, and television host. Mbau has appeared in numerous Tv drama series, films and hosted some programs. In 2004, she replaced actress Lindiwe Chibi in the role of Doobsie on Muvhango after Chibi was shot by her boyfriend Dan Mokoena. A year later Mbau’s contract was terminated and she was fired. In 2006 she joined the SABC 1 drama series Mzansi, in the drama’s second season, as Mbali. SABC 1 did not renew the show for a third season. In 2007 Mbau played the role of Zee in the SABC 1 mini-series After 9.

Mbau was a guest judge on the second season of SABC 1’s Turn It Out, in 2012. In 2013, Mbau starred in an episode of E.tv’s anthology drama series, Ekasi, Our Stories. She joined the cast of South Africa’s popular TV show, Uzalo, on SABC 1, playing the role of go-getter Dinekile ‘Lady Die’, who is a shoplifter by trade and aspires for a life like her cousin MaNgcobo, in March 2018, In 2016, Mbau became a radio host of a radio show on Metro FM.

Mbau made her film debut in 2016, in the film ‘Happiness is a Four-letter Word’. The film was premiered on February 19, 2016. She appeared as Zaza, trophy wife to Bheki (Simo Magwaza), mother of two, and owner of a shoe store. In 2018, she appeared in her second film, which was a thriller known as The Red Room. In November 2018, she announced the launch of her own brand of gin known as I Am Khanyi – Millennial Shimmer Gin.

Born Khanyisile Mbau was born on October 15, 1985, in Soweto, South Africa. She was raised in Soweto.

She is the daughter of Menzi Mcunu and Lynette Sisi Mbau. Mbau’s mother worked in the finance department of the pension fund at Barclays Bank.
She was brought up by her grandmother in Mofolo, Soweto. She has two siblings. Her brother Lasizwe Dambuza is a South African television personality, social media personality, radio host, comedian, actor, and YouTuber. Mbau’s sister is known as Thandeka Mcunu. Mbau has a daughter known as Khanukani.

Khanyi Mbau’s net worth is estimated to be $10 million. 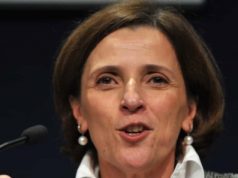 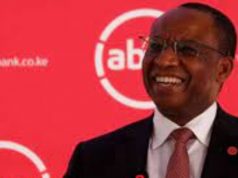