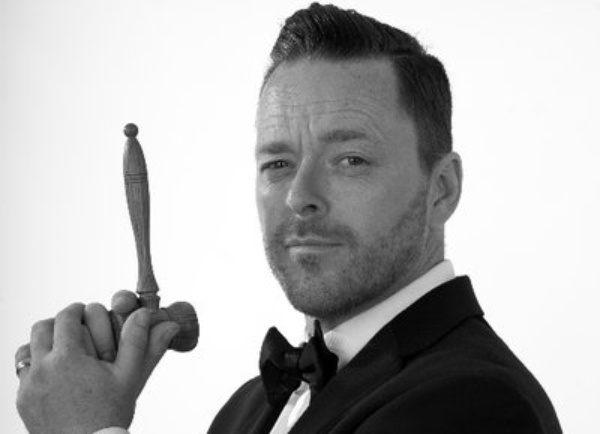 John Cameron is a British antiques expert, auctioneer and valuer of antiques and fine art in Portsmouth and Southsea, Hampshire. He is best known for his appearance on BBC’s popular antiques show Bargain Hunt as well as Put Your Money Where Your Mouth Is and Cash in the Attic. He is also a Columnist at The Portsmouth News. Cameron joined the BBC1 television series Cash In The Attic during the 5th series in 2004. During this time John’s co-presenters have included Gloria Hunniford, Angela Rippon, Jenny Bond, Lorne Spicer, Chris Hollins, Aled Jones, Ben Fogle, and Alistair Appleton and he’s rummaged around the homes of celebrities including Michael Winner, David Gest, Jim Rosenthal, Tony Hatch, Antonio Carluccio, Janet Ellis, Claire Francis, Bobby George, Fatima Whitbread, Bill Beaumont, Russell Grant to name but a few.

In 2009 John filmed Put Your Money Where Your Mouth Is for BBC1 where he had to compete against a fellow expert to buy and sell antiques and collectables to make more profit for their chosen charities. On the show John “The Hammer” Cameron, a name bestowed on him by the show’s producers, has fought it out with Katherine “The Great” Higgins from the Antiques Roadshow and Flog It experts and auctioneers James “The Lion Heart” Lewis and Philip “The Fox” Serrell.

John is a graduate of Fine Art Valuation and is also a qualified member of both the Royal Institution of Chartered Surveyors (Fine Arts), and the National Association of Valuers and Auctioneers. He has written numerous articles, features, and columns on Antiques & Collectables, for the Portsmouth News, Hampshire Chronicle, and the Hampshire and West Sussex edition of ETC Magazine. In 2006, John wrote and presented an instructional DVD called “Auctions Made Easy” where he explains the protocol and procedures for buying and selling at auction and is currently in the process of writing the follow-up “How to Value Anything”.

In addition to his regular television appearances and running his valuation and auction practice John’s after-dinner auctioneering skills and knowledge are regularly called upon for charity events, associations, and private talks, and regularly conducts auctions for Gloria Hunniford David Guest and Davina Mccall. John is also a patron of the Cystic Fibrosis Trust, running the 2010 Virgin London Marathon for the charity, and regularly assists other charities with his valuation and auctioneering skills including The National Autistic Society and the Caron Keating Trust, the cancer charity founded by the fellow presenter and friend Gloria Hunniford. He is a Fine Art Valuation graduate, and a qualified member of both the Royal Institute of Chartered Surveyors (Fine Arts) and the National Association of Valuers and Auctioneers.

How old is John Cameron from Bargain Hunt? He was born in April 1970 in Portsmouth, England, United Kingdom. He is 52 years old as of 2022.

Is antiques dealer John Cameron married? He is married to his wife Victoria Cameron. He met his wife when he was just 16 years. They have three children and two granddaughters. Their youngest daughter Lena celebrated her 24th Birthday in July 2022.

John Cameron and his wife Victoria have been married since May 1993. On their 29th wedding anniversary in May 2022, Cameron paid tribute to his wife in a sweet post on social media. He wrote: “Happy 29th Wedding Anniversary my darling Victoria, time really does fly when you’re having fun. You’re still my best friend and soul mate. You really are simply the best and I 💙u all the 🌎”

On their 28th anniversary in May 2021, Cameron said: “To my darling wife, best friend and soul mate, thank you for 28 wonderful years, and here’s to 28 more. Happy Anniversary my darling, love you always.”

Antiques expert John Cameron’s net worth is estimated to be $1 million.