Jennifer Kupcho is an American professional golfer from Westminster, Colorado. The LPGA golfer is set to win for the first time on the LPGA Tour at the 2022 Chevron Championship. Chevron increased the total purse to $5 million, with the winner being paid out $750,000.

She played college golf at Wake Forest University. As a junior, Kupcho became the First National Player of the Year in program history by winning the 2018 Honda Award. She was named First-Team WGCA All-American, All-ACC and ACC Honor Roll. She won four titles (Ocean Course Invitational, Bryan National Collegiate, NCAA Tallahassee Regional, NCAA Championship) and became the first wire-to-wire NCAA Champion since 2002. As a senior, Kupcho won the inaugural Augusta National Women’s Amateur in 2019. She also won the 2018 McCormack Medal as year-end No. 1 in the World Amateur Golf Rankings and had two collegiate victories (Tar Heel Classic – Casa de Campo, Bryan National Collegiate) to give her nine career victories, second in Wake Forest history. She was named to the First-Team WGCA All-American, ACC Co-Player of the Year, All-ACC and ANNIKA Award Finalist.

Is Jennifer Kupcho married? The golfer is married to her husband Jay Monahan, the LPGA caddie not Jay Monahan the commissioner of the PGA. Kupcho got married on February 19, 2022 at the Superstition Mountain Golf & Country Club in Gold Canyon, Arizona.

Jennifer Kupcho’s parents are Mike and Janet Kupcho. The inaugural Augusta National Women’s Amateur champion started playing golf at the age of 5. As soon as she was old enough to fill a foursome with her parents, Mike and Janet, and brother, Steven, she was playing in tournaments.

Jennifer Kupcho is the daughter of Mike and Janet Kupcho. She has a brother, Steven Kupcho. Steven is also a professional golfer. He played in his first competitive golf tournament at the age of 12 with Colorado Junior Golf Association. He attended Jefferson Academy in Westminster, CO and played golf all four years in high school.

After graduating in 2011, Steven went on to win the 2011 Colorado Golf Association Junior Stroke Play Championship. Following a successful junior career he attended the University of Northern Colorado for five years and earned a degree in accounting while playing golf all through college and redshirting his junior year. Immediately after college Steven turned pro and has been competing on multiple developmental and mini tours across the United States.

Jennifer Kupcho’s net worth is estimated to be $1 million. A huge chunk of her net worth is from sponsorship deals. Some of her sponsors include PING, Titleist, FootJoy, Protiviti, Slync.io, Paradox Olivia and Youth on Course. 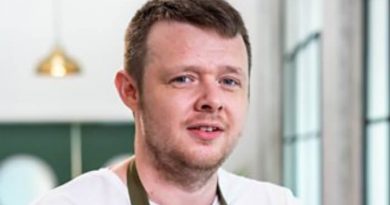