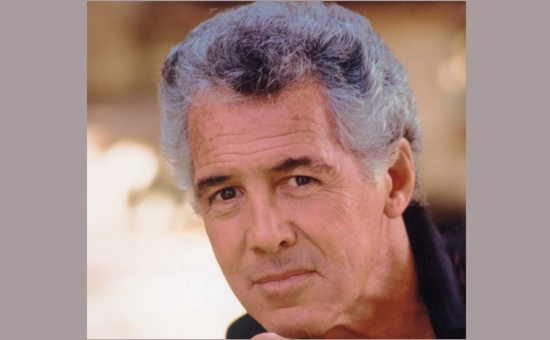 Allan’s first soap roles came in 1964 as Ace Hubbard and Paul Britton, respectively, on Roy Winsor’s CBS series “Love of Life” and “Secret Storm.” In 1971, he joined “Days of Our Lives” as attorney Don Craig, a role that ended in 1985 as the series’ creators wanted to turn over the cast of characters to focus on younger roles. Allan’s work on “Days of Our Lives” earned him a daytime Emmy nod for outstanding actor in 1979.

From 1988-1993, Allan played C.C. Capwell in “Santa Barbara,” the head of the Capwell clan and Robin Wright’s father. After departing the NBC series, he joined “Beverly Hills 90210” in the recurring role of Rush Sanders.

Allan also had several guest spots on series like “Adam-12,” “CSI: Miami,” “Six Feet Under,” and “The Streets of San Francisco.” His best-known non-soap work was as Forest Ranger Scott Turner on “Lassie,” a role he played from 1968-1970.

Jed Allan was married to his wife Toby Brown from September 21, 1958 until her death in 2001. They had three children.

He was the son of Celia Brown and Nathan Brown. His grandparents were all Russian Jewish immigrants.

Jed Allan died on March 9, 2019. He was 84 years old. His death was confirmed by his son Rick Brown in a Facebook post. He wrote: “So sorry to post the very sad news of my fathers passing tonight. He died peacefully and was surrounded by his family and loved so much by us and so many others. Thank you for all who are part of this wonderful tribute to my dad on Facebook.”

Following his death, soap vet A. Martinez, who played Jed’s son-in-law Cruz Castillo on Santa Barbara, said in a statement: “Jed Allan walked on today. Along the way in his fantastic acting career, he played Eden’s father –– CC Capwell –– on Santa Barbara. His gift was a formidable blend of professionalism and inspiration –– a perennial rock in his preparation and a force of nature once the cameras rolled. He was also generous and kind and funny and fierce, and God knows he was beloved by those lucky enough to share a stage with him. I count it one of the great blessings of my career that I got to be one of those, and one of the great blessings of my life that I got to be his friend.”

Allan was known for his starring role as Steve Sanders’ dad, Rush Sanders, on Beverly Hills, 90210. 90210 star Ian Ziering shared a tributethis link opens in a new tab to his onscreen father. He wrote: “So sad to hear we’ve lost another 90210 castmate. I had the pleasure of working with Jed Allan from 94 to 99. He played Rush Sanders, Steve’s father. Such a great guy to work with, he will be missed. #ripjedallan”

So sad to hear we’ve lost another 90210 castmate. I had the pleasure of working with Jed Allan from 94 to 99. He played Rush Sanders, Steve’s father. Such a great guy to work with, he will be missed. #ripjedallan

Jed Allan Cause of Death

Jed Allan’s cause of death has not been disclosed.