Hannah Kelly is a professional ballroom and Latin dancer and a choreographer from Tallaght, Dublin, Ireland. On 22 December 2021, it was announced that Kelly will be taking part in the fifth season of the Irish version of Dancing with the Stars. She started dancing at the age of three and she began dancing competitively when she was six.

Kelly has competed in several national and international dancing competitions representing Ireland. She has been Irish Latin champion in all age categories. She also teaches Ballroom, Latin, and Hip Hop dance at Xquisite Dance together with her fellow Irish dancer, choreographer, and former-DWTS champion, John Nolan.

Hannah Kelly Dancing with the Stars

Kelly is a contestant in the 5th series of Dancing with the Stars (Ireland), she was announced as a contestant on 22 December 2021. The Dublin native was excited to join the show, she said via a social media post, “It’s finally out ! So excited to be apart of season 5 of @dwtsirl.” Speaking about the new challenge Kelly said, “I’m absolutely loving being part of Dancing with the Stars. I’m so young myself, that I feel I’m learning so much from everyone else around me too. I have a versatile background from ballroom to Latin, but I also love hip-hop too so I feel that I can bring some freshness and youth to the show this year.”

The show started airing on on 9 January 2022 on RTÉ One. In week two, Kelly and her partner, Billy McGuinness danced the Foxtrot and performed “Always Look on the Bright Side of Life”. In week three they danced Salsa performing “Papa Loves Mambo” and they were safe from the elimination. For week four they danced the Paso Doble performing “Any Way You Want It” and they were the last couple to be called safe. In week five, they did a Quickstep dance performing “Town Called Malice”.

Who is Hannah Kelly’s dance partner? She is currently partnering with Billy McGuinness, the Aslan guitarist. Throughout her dancing career so far, she has had several partners including Sasha Savchenko with whom she toured Europe dancing in various competitions. She has also partnered with Romania Nicolae-Matei Negruser. They danced together at the WDSF Open in Miami, the USA in 2017. From 2018 to 2019, Kelly was partnered with Donovan Kirrane of the United States.

Who are Hannah Kelly’s parents? She is the daughter of Nicole Kelly. Her mother is an award-winning choreographer and dance teacher. She currently serves as a Dance Coach at Xquisite Dance in Dublin. She has a younger brother, Tadhg. He appeared on Ireland’s Got Talent. 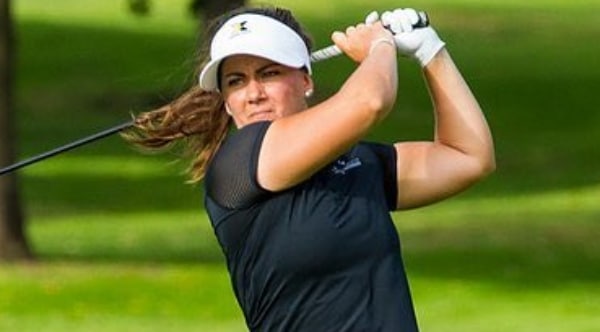