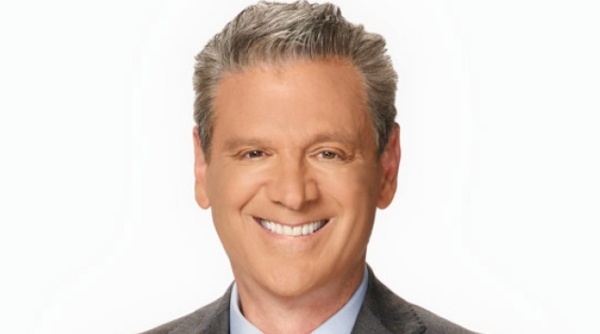 Fred Roggin born Frederick Jay Roggin is the American sports anchor at KNBC-TV in Los Angeles, California, and afternoon show co-host at KLAC. He was also a sports talk radio host at KMPC in Los Angeles and previously hosted a morning sports show on KLAC with Los Angeles Times sports columnist T.J. Simers and Simers’ daughter Tracy. He served as a host for NBC Sports coverage of the 2008 Summer Olympics. He also has a national profile, doing occasional work for NBC Sports. He with triathletes Julie Moss and Mike Plant had the call for the tape-delayed 1990 Escape from Alcatraz Triathlon. Also, he has become a regular during its coverage of the Olympics. At 2006, 2010, and 2014 Winter Olympics, he hosted the daily coverage of curling, and at the 2004, 2008, and 2012 Summer Olympics, he was the anchor for boxing coverage from the venue, which aired on CNBC and Universal HD. He was also a play-by-play announcer on several National Football League telecasts before the network stopped coverage after Super Bowl XXXII in January 1998.

He joined KNBC in 1980, coming from KPNX in Phoenix, Arizona, and prior to that, he was the sports anchor on KYEL-TV (now KYMA-DT), a station in Yuma, Arizona-El Centro, California market, between 1977 and 1978. He lives in Calabasas, California[citation needed] with his wife Richel, a writer, along with their three children. He hosts a new sports-themed game show, The Challenge, which airs after NBC’s Sunday Night Football telecasts locally on KNBC. For several years in the early 1990s, he hosted Roggin’s Heroes, a collection of unusual sports highlights presented as a syndicated 30-minute show. Such clips still air as part of his new Sunday night program on KNBC. Currently, he does a taped sports scores and highlight recap for NBC’s early morning newscasts, which airs on NBC’s Early Today and MSNBC’s First Look, along with a separate segment for Morning Joe. Previously segments aired on CNBC’s former early morning show Wake Up Call.

He also co-hosted the interactive TV show GSN Live on GSN weekdays from 3 PM to 6 PM ET with Debra Skelton until he left the show on July 2, 2009 (and on occasion filled in for Alfonso Ribeiro from 12-3 PM ET). The show started on February 25, 2008. Roggin also started another one of his dreams in 2009, by presenting a game show called The Money List, which was recorded in the UK at The London Studios. The show was based on the United Kingdom’s version of Who Dares Wins!. From 2009 – 2013, Roggin hosted the NBC show “The Filter with Fred Roggin” which also starred Melissa Rivers, Charlotte Laws, Debra Wilson, Leo Terrell, and Amy Alkon. With the others, they discussed the news topics of the day.

On April 14, 2013, NBC’s “Going Roggin” Debuted at midnight. Airing most Saturdays at 3 pm and Sundays at midnight, the 30-minute show offers his perspective on hot topics in the world of L.A. sports. The crossfire format includes 2 weekly rotated co-contributors on each show. The show also highlights local sports legends as well as interviews pro athletes. Most notable contributors include Petros Papadakis (AM 570), Tim Cates (AM 570), Jeff Garcia, Mark Willard, J. Woodfin, Brian Webber (NBC Sports). On September 22, 2014, The Fred Roggin Show launched on KFWB in Los Angeles, branded as The Beast 980. The sports radio talk show was heard weekdays from 3 pm-6 pm on AM 980 in Southern California, as well as KFWB’s website (thebeast980.com) and The Beast 980 phone app for Android and iPhone. His show was on the air up until KFWB’s sports talk format was discontinued on March 1, 2016. In August 2016, Roggin became the new co-host of KLAC’s noon-to-3 pm show with Leeann Tweeden, replacing Bill Reiter, who exited KLAC to join the CBS Sports Radio network. In 1993 he was inducted into the Southern California Jewish Sports Hall of Fame. He attended Phoenix College, where he studied broadcasting.

He has been married twice. He is currently married to his wife Richel Roggin. Previously, he was married to Eileen Roggin until 1994 and had two children.