Dean Stockwell was an American film and television actor. He was known for films like “Married to the Mob” and “Air Force One,” as well as the long-running NBC series “Quantum Leap”. He also had notable roles in David Lych’s “Dune” and “Blue Velvet.” He received four Golden Globe and four Primetime Emmy nominations for his role as Admiral Al Calavicci on NBC’s sci-fi “Quantum Leap,” coming away with the Golden Globe win in 1990. He was also nominated for an Oscar, for best supporting actor in 1988’s “Married to the Mob.”

Robert Dean Stockwell was born on March 5, 1936, in North Hollywood. At the age of 7, he made his stage debut in a Theater Guild production of Paul Osborn’s play The Innocent Voyage, launching a career as a child actor. He appeared in Anchors Aweigh with Frank Sinatra and Gene Kelly; Kim with Errol Flynn; Gentleman’s Agreement, which landed him a Golden Globe Award; and, most notably, in the controversial 1948 movie The Boy with the Green Hair.

As a young adult in 1957, Stockwell returned to the Broadway stage in Compulsion with Roddy McDowall. He reprised his role in the 1959 film version and won his first of two Best Actor awards at the Cannes Film Festival. He also starred in Sons and Lovers and Long Day’s Journey Into Night with Katharine Hepburn, which delivered him his second Best Actor prize at Cannes.

His role in Wim Wenders’ 1984 film Paris, Texas, led to a string of memorable film roles in Blue Velvet, Dune, Married to the Mob — which earned Stockwell an Academy Award nomination for Supporting Actor — The Rainmaker and The Player.

In television, his biggest role was as Admiral Al Calavicci opposite Scott Bakula in NBC sci-series “Quantum Leap” which ran for five seasons between 1989 and 1993. The role earned Stockwell four nominations for the Primetime Emmys and a Golden Globe win in 1990 for “best performance by an actor in a supporting role in a series, miniseries or motion picture made for television.”

His series credits also include the 2000s Battlestar Galactica; JAG, from Quantum Leap creator Don Bellisario; The Tony Danza Show; and NCIS: New Orleans, among others.

He also guested on such popular series as Bonanza, Wagon Train, Dr. Kildare, The F.B.I., Mission: Impossible, Night Gallery, Columbo, Police Story, Hart to Hart, The A-Team, Miami Vice and Murder, She Wrote. His other film credits include Psych Out, The Dunwich Horror, Tracks, Gardens of Stone, Tucker: The Man and His Dream, The Long Haul, Sandino, Chasers, McHale’s Navy, The Rainmaker and 1984’s Dune.

Dean Stockwell died on November 7, 2021, at the age of 85. The longtime actor, whose Hollywood career spanned 70 years, died peacefully in the early morning of November 7 at home of natural causes, according to a rep for the family.

Actor Scott Bakula, who co-starred with Stockwell in the sci-fi series “Quantum Leap,” paid tribute to Stockwell in the following statement to Deadline: “I met Dean at his audition for Quantum Leap in 1988. He had agreed to ‘read’ for the Network, I was already cast. We connected immediately and my career and my life were changed that day in Brandon Tartikoff’s office. How lucky were we to get him? A few months later he would be nominated for an Academy Award for his role in Married to the Mob, but he was stuck with us. Serendipity? All I know is, he never tried to get out or complain, he loved the role and the show and the rest was history.

He became a dear friend and a mentor and we grew very close over the next five, very intense years. Dean was such a passionate man…about life, his work, his art (he was an amazing artist!), his family, all kinds of causes, people, music, the planet, cigars, golf, and on and on! Having been a famous child actor, he had a soft spot for every young actor who came on our set. He was very protective of their rights and safety and always checked in with them to make sure that they were ok. His big hearted response to the kids made all of us take notice and be better guardians ourselves.

In spite of having a career that came and went several times during his seventy plus years in the business, he was always grateful and delighted to have the chance to keep working. The only time he ever complained was when we called him on the golf course and told him we were ready for him to come to work! He used to announce his presence on the sound stage (if we hadn’t already caught a whiff of cigar smoke trailing in behind him), with a bellowed, “The fun starts now!” Truer words were never spoken.

I loved him dearly and was honored to know him. He made me a better human being…”

Actress and writer Lydia Cornell paid tribute to Stockwell on Twitter. Cornell wrote: “Rest in Peace Dean Stockwell. What an amazing actor. He always had a mischevious glint of humor in his eyes. I was honored to work with him in the pilot for “Quantum Leap” at @NBCUniversal along with Scott Bakula.”

Dean Stockwell Cause of Death

The actor died peacefully at home “of natural causes”, a rep for the family confirmed to Deadline.

According to Celebrity Net Worth, Dean Stockwell had an estimated net worth of $5 million. 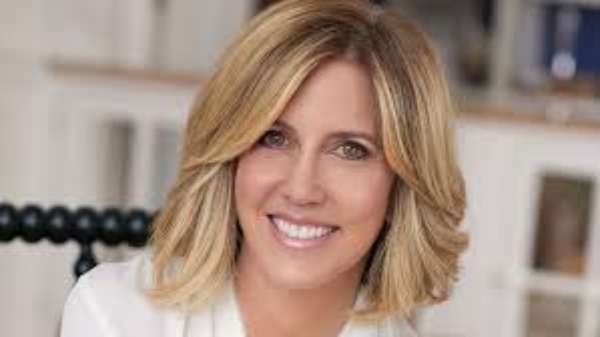