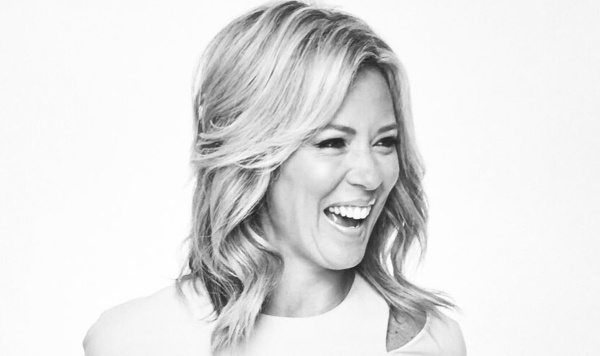 Brooke Baldwin is an American journalist and television host who had been at CNN from 2008 until she announced her departure from the network in 2021. She was the host of CNN Newsroom with Brooke Baldwin, which aired from 3 pm to 4 pm ET on weekdays and has been based in New York City since 2014.

She started her career in 2001 at WVIR-TV in Charlottesville, Virginia, and later became the morning anchor at WOWK-TV in the Huntington and Charleston, West Virginia area. She later joined WTTG in Washington, D.C. as the lead reporter for the 10 p.m. newscast.
She joined CNN in 2008 and was based out of CNN’s Atlanta world headquarters until 2014. On July 8, 2011, she co-anchored CNN’s special coverage of the final launch of Space Shuttle Atlantis (STS-135) from Kennedy Space Center.

Her documentary To Catch a Serial Killer won a Silver World Medal for Best Investigative Report at the New York Festivals International Television & Film Awards in 2012. She was nominated for an Emmy for her coverage of the New York City chokehold death protests in wake of Eric Garner’s death in 2014. She covered President Obama’s second inauguration in January 2013 from Washington, D.C. In 2015 she hosted a town hall in Washington, D.C.. on gun violence, for which she was a Peabody Award finalist.

She faced criticism during the 2015 Baltimore protests when she incorrectly attributed comments she heard that veterans were responsible for the unrest – saying soldiers who become police officers “are coming back from war, they don’t know the communities, and they’re ready to do battle.” She later apologized via Twitter and on-air the following day. In The Washington Post, Erik Wemple wrote, “CNN’s Brooke Baldwin shows rest of media how to apologize”.

In June 2016, she reported live from Orlando, Florida, covering the victims and survivors of the Orlando nightclub shooting. On January 20, 2017, she covered President Trump’s inauguration. On February 16, 2021, she announced that she would leave CNN in mid-April.

She has appeared in the media eye in instances such as; In April 2015, Variety featured her in “Brooke Baldwin Gives Surprising Boost to CNN”. In December 2015, The New York Times interviewed her after writing an op-ed on CNN.com about covering mass shootings in America. Marie Claire magazine interviewed her on the subject of covering mass shootings. In 2016, Elle magazine featured her as one of five female correspondents during the election year of 2016. New York’s Downtown magazine featured Baldwin in October 2016. On Saturday Night Live, she was parodied in a sketch featuring Cecily Strong and Alec Baldwin in October 2016, the week after the release of the Donald Trump Access Hollywood tape. In 2017, she was featured in a Variety magazine article “Women Surge to Top of TV News in Face of Sexism”.

In speaking engagements, she has hosted the AK100 Club event for the travel agency Abercrombie and Kent and gave a speech, based upon her March 2015 climb up Mount Kilimanjaro. Also in 2016, she presented an award at L’Oréal Paris 11th Annual Women of Worth Celebration. Other presenters included Blake Lively, Andie MacDowell, Diane Keaton and Eva Longoria among others at The Pierre on November 16 in New York City.

In 2017, she spoke at the 7th annual Neighbor Celebration in Washington DC for Blue Star Families where former First Lady Rosalynn Carter was honored on March 30, 2017. She hosted Mother Nature Network’s White House Correspondents’ Jam at Hamilton Live, Washington DC in April 2017 – featuring headlining band, The Boxmasters, with actor Billy Bob Thornton and Rolling Stones’ keyboardist Chuck Leavell. She gave the commencement address at The University of North Carolina at Chapel Hill on May 14, 2017.

She went to study at The Westminster Schools, a private college-preparatory school. In 2001, she graduated with bachelor’s degrees in Spanish from the University of North Carolina at Chapel Hill and in journalism from the university’s Hussman School of Journalism and Media. As an undergraduate, she also studied abroad at the Universidad Iberoamericana in Mexico City.

She got married to her husband, English producer James Fletcher in May 2018. In July 2017, she had revealed that she was engaged to him.

On September 15, 2017, Clay Travis appeared as a guest on CNN with Baldwin to discuss free speech, specifically whether ESPN personality Jemele Hill should be fired for calling Donald Trump a “white supremacist” and stating that police officers were “modern-day slave catchers” on her personal Twitter page. Travis stated that it would be bad policy on ESPN’s part to fire Hill for her private comments, just as it was bad policy when ESPN fired Curt Schilling for comments he made regarding transgender bathrooms on his personal Facebook page. Travis received criticism for using a phrase he commonly used on his radio show when he said “…I’m a First Amendment absolutist – the only two things I 100 percent believe in are the First Amendment and boobs…” Baldwin cut the interview short and later responded, “when I first heard ‘boobs’ from a grown man on national television (in 2017!!!) my initial thought bubble was: ‘Did I hear that correctly??…'”