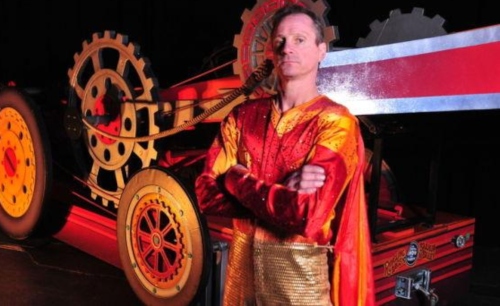 Brian Miser, also know as the Human Fuse, is a Peru, Indiana, native and a human cannonball.

A certified daredevil, Brian Miser headlined Ringling bros. And Barnum & Bailey for the last 10 years and has been featured nationally on Conan O’Brien, David Letterman (twice!), Huffington Post, Chicago Tribune and CBS national radio. Miser’s historic las vegas stunt not only closed down the famous strip, but subsequent media coverage of the successful launch was picked up by hundreds of news outlets across the united states.

Brian hails from Peru, Indiana — known as the “circus capital of the world” because it served as winter quarters for many circus troupes during the 1900s. Naturally, Brian started performing in the local amateur circus. After graduating high school, Brian and one of his three brothers joined Ringling bros. And Barnum & Bailey as flying trapeze artists. But he had a calling to be a human cannonball. Brian began to tinker in his workshop and he fabricated a cannon by himself.

In 1999, while volunteering at Peru’s annual summer circus festival, Brian Miser met his future wife Tina. Soon after meeting, he would talk Tina into being his wife and trigger woman- he needed someone to shoot him out of the cannon!

Brian finally made his blazing debut as a human cannonball in the 133rd edition of Ringling Bros. And Barnum & Bailey as bailey’s comet by doing a never-before-seen act — lighting himself on fire. It wasn’t long before Tina joined him for what became the only double-human cannon ball couple in the world.

After several additional tours with the greatest show on earth, Brian became the trigger man. For the majority of performances, the act featured his wife Tina and her partner, while Brian was delegated to firing the cannon and only blasting occasionally. However, this grounding didn’t last too long for an energetic and thrill-seeking miser. “I had been shooting the girls for so long that I didn’t realize how much I missed being shot out of the cannon, until I climbed back up there to do it,” Brian says. “afterwards, I could tell by my emotions and my attitude how much happier I was.”

Brian ignited his imagination and generated an act even more electrifying than before, and re-introduced fire back into his performance. Brian Miser became the human fuse who launches from a custom-created human crossbow. “the thing with flying with fire is that you’re moving so quickly that the flames are behind you, but when you land they come up over you,” Brian says. “it’s the most exhilarating thing.” “you’re pretty sure you know where you’re going to land,” he says, “but sometimes you worry you’ll be a little short or a foot over.” Still, Brian says, “it’s hard to beat flying through the air, no strings attached. To me, it’s the ultimate.”

Miser is a contestant on season 14 of ‘America’s Got Talent’. According to Miser, his record-breaking act, the “Human Fuse,” was recommended to “America’s Got Talent,” and instead of auditioning for the show, he flew out to Pasadena, California to perform his act directly in front of the show’s judges. In America’s Got Talent Season 14 Auditions, Miser is set on fire, then shot from a crossbow-cannon hybrid.

Miser is married to his wife, Tina. Tina’s father is a retired military man.

Brian Miser and his wife had a daughter, Skyler, in 2003. 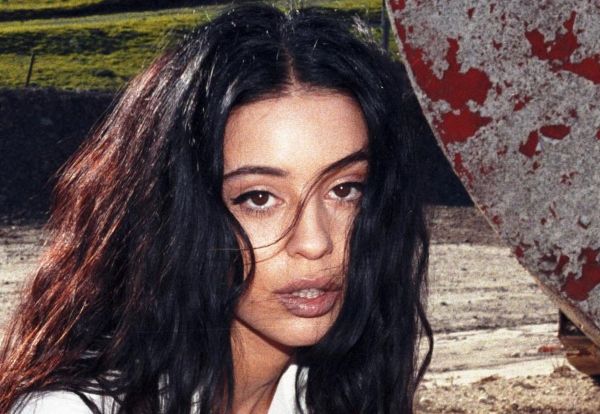