Sumner Redstone (born Sumner Murray Rothstein) was an American businessman and media magnate. He was the controlling shareholder of ViacomCBS and Chairman and CEO of National Amusements.

Redstone got his start in media in 1954 when he joined his family’s small business running a few drive-in movie theaters. Over the next few decades, he turned the business into one of the nation’s largest movie-theater chains, National Amusements.

In 1987, he engineered the purchase of Viacom. In 1994, he spent $10 billion for Paramount. Redstone said in a speech at Boston University in 2007: “In 1987, when I purchased Viacom, it was a struggling cable television programming venture with a few undeveloped and overlooked assets that everyone encouraged me to sell. You know, they said that MTV was a fad. They said that Nickelodeon could never make it because who was interested in a kids’ channel … in your life, in the final analysis, you have to follow your own instincts.”

Sumner Redstone was the son of Belle Ostrovsky and Michael Rothstein. He was the grandfather of Kimberlee Korff Ostheimer, Brandon Korff, and Tyler Korff.

Sumner Redstone died on August 11, 2020, at age 97. ViacomCBS confirmed in a statement: “ViacomCBS Inc. mourns the passing of Sumner M. Redstone, its Chairman Emeritus, and Chairman and CEO of National Amusements, the controlling shareholder of ViacomCBS.”

Bob Bakish, President and CEO of ViacomCBS, said in a statement: “Sumner Redstone was a brilliant visionary, operator and dealmaker, who single-handedly transformed a family-owned drive-in theater company into a global media portfolio. He was a force of nature and fierce competitor, who leaves behind a profound legacy in both business and philanthropy. ViacomCBS will remember Sumner for his unparalleled passion to win, his endless intellectual curiosity, and his complete dedication to the company. We extend our deepest sympathies to the Redstone family today.”

ViacomCBS Chair Shari Redstone said in a statement: “My father led an extraordinary life that not only shaped entertainment as we know it today, but created an incredible family legacy. Through it all, we shared a great love for one another and he was a wonderful father, grandfather and great-grandfather. I am so proud to be his daughter and I will miss him always.”

National Amusements said in a statement: “Over the course of his distinguished life and career, Sumner played a critical role in shaping the landscape of the modern media and entertainment industry. Sumner was a man of unrivaled passion and perseverance, who devoted his life to his belief in the power of content. With his passing, the media industry he loved so dearly loses one of its great champions.”

Sumner Redstone Cause of Death

Sumner Redstone’s cause of death was not revealed.

Sumner Redstone’s net worth was estimated to be US$3 billion, according to Forbes.

Sumner Redstone was in relationships with his girlfriends Manuela Herzer and Sydney Holland. 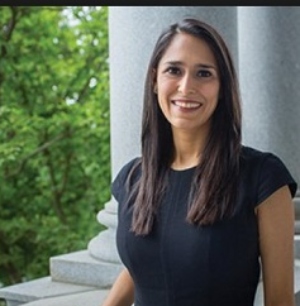