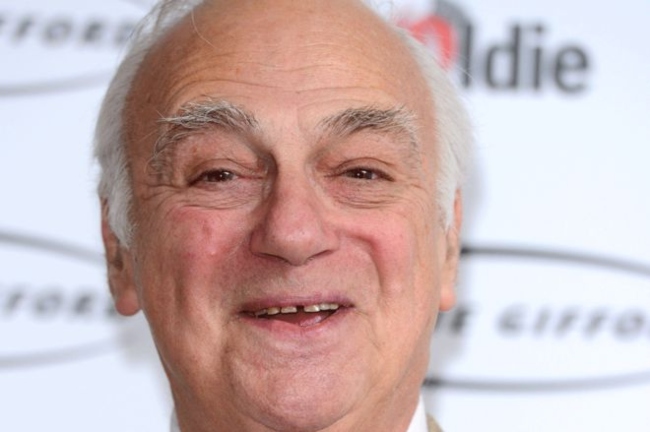 Roy Hudd was an English comedian, actor, radio personality, playwright, and author. He was best known for his BBC Radio 2 satirical series The News Huddlines, which ran from 1975 to 2001. He also starred in Coronation Street.

He began his comedy career in the 1950s, and performed as a Butlin’s redcoat in Clacton-on-Sea, Essex, where he worked alongside Cliff Richard and Dave Allen. First appearing on the David-Frost fronted shows That Was the Week That Was on ITV and Not So Much a Programme on the BBC, he made his name on television in the 60s in sketch shows including The Illustrated Weekly Hudd and The Roy Hudd show. On Radio 2, he hosted The News Huddlines, a satirical sketch show that also featured June Whitfield and Chris Emmett.

Between 2002 and 2003, he starred in the ITV soap Coronation Street as the undertaker Archie Shuttleworth, returning for occasional guest appearances until the character’s death in 2018. He also appeared in Call the Midwife, Midsomer Murders and Broadchurch.

He had a son Max, from his first marriage to Ann Lambert.

He was born to Evalina (nee Barham) and Harry Hudd.

Roy Hudd died on 15 March 2020 at the age of 83 after a short illness. A statement from his agency said, “We are sad to announce the passing of the much-loved and amazingly talented Roy Hudd OBE. After a short illness, Roy passed away peacefully on the afternoon of Sunday the 15 March, with his wife Debbie at his side. The family would ask you to respect their privacy at this very sad time.”

Comedy writer Simon Blackwell tweeted: “Very sad indeed to hear that Roy Hudd has died. A really lovely bloke, a great comedian, excellent straight actor. And a comedy historian too. I got my start in comedy writing via his Radio 2 show The News Huddlines. He was a total joy to write for. All good wishes to his family.”

Actor Mark Gatiss tweeted: “Farewell to the wonderful Roy Hudd. A great comic and actor. One of those joyous people who feel like they’ve been with us forever. He was in a ‘Randall & Hopkirk’ I wrote with (Jeremy Dyson) and improvised the band’s sign off as ‘Jock Strap and his Two Swingers there!’ RIP Maestro.”

Wilton’s Music Hall wrote on Twitter: “We are very sad to hear of the passing of Roy Hudd. Writer & star of Dick Whittington and His Cat & Mother Goose, Roy played an instrumental part in championing Wilton’s and restoring our magnificent building. We’ll miss his daily greeting of ‘Hello loves!'”

Roy Hudd Cause of Death

Roy Hudd’s cause of death was not revealed.