Peter Alexander (born Peter Marvin Alexander) is an American journalist who currently works for NBC News. He was named NBC News White House correspondent in December 2012. In October 2018, he was named co-anchor of Today on its Saturday editions. His reports appear across all platforms of NBC News, including NBC Nightly News, Today, Meet the Press, Dateline NBC, MSNBC, and NBCNews.com. He is a Saturday co-anchor for Today alongside Kristen Welker and Dylan Dreyer but continues as one of NBC’s national correspondents based in Washington, D.C., and a White House correspondent.

Since arriving at NBC News in 2004, he has covered many international stories— from Iraq’s historic election in 2005 to the death of Osama bin Laden in Pakistan, and the tsunami in Indonesia. He has filed reports from Afghanistan, the Galápagos Islands, Gaza Strip, Israel, Laos, and Mexico. Alexander’s work also includes environmental reporting from the Northwest Passage in the Arctic, and reports on the deeply personal story of his sister, Rebecca, who has Usher Syndrome, type III — a rare genetic disorder that is robbing her of her vision and her hearing.

He has covered numerous breaking news events, including anchoring live coverage of the “Miracle on the Hudson” and the Virginia Tech shooting. In 2010, he reported on the international controversy surrounding WikiLeaks and its founder Julian Assange. Besides his news responsibilities, he has also served as an NBC Sports host and covered both the 2008 Beijing Olympic Games and the 2010 Winter Olympics.

He served as a White House correspondent from 2012 to March 2014. He covered the Presidency of Barack Obama, traveling across the world with the president. As he is based in Washington, D.C., he still frequently reports from the White House.

The journalist had previously been filling in on the show for Craig Melvin, who recently left his role as co-host of the Saturday morning version of Today to join the weekday edition and continue his hosting duties on MSNBC Live With Craig Melvin. He will continue his roles as a national correspondent and a White House correspondent.

Alexander is a graduate of Northwestern University’s Medill School of Journalism.

He married his wife, Alison Starling, an anchor at WJLA-TV on April 21, 2012. The couple has two children and lives in the suburbs of Washington D.C.

He has two younger twin siblings who were born on February 4, 1979, Kevin Alexander and psychotherapist Rebecca Alexander. By his father, he has a half-sister, Lauren.

On March 20, 2020, he attended a live White House briefing held on steps the federal and state governments were undertaking to respond to the COVID-19 pandemic in the United States. President Donald Trump stated he had a “good feeling” and was “hopeful” about the potential effectiveness against coronavirus of certain older drug therapies such as chloroquine that have been effective on other conditions. Alexander asked: “Is it possible that your impulse to put a positive spin on things may be giving Americans a false sense of hope?” President Trump answered that it was important to communicate hopeful therapies that are being investigated. Alexander further questioned the president: “What do you say to Americans who are scared though? I guess, nearly 200 dead, 14,000 who are sick, millions, as you witnessed, who are scared right now. What do you say to Americans who are watching you right now who are scared?” Trump replied, “I say that you are a terrible reporter, that’s what I say. I think it’s a very nasty question. I think it’s a very bad signal that you are putting out to the American people. They’re looking for answers and they’re looking for hope. And you’re doing sensationalism.” Some news organizations and commentators harshly criticized this response to what they described as a “softball question.” 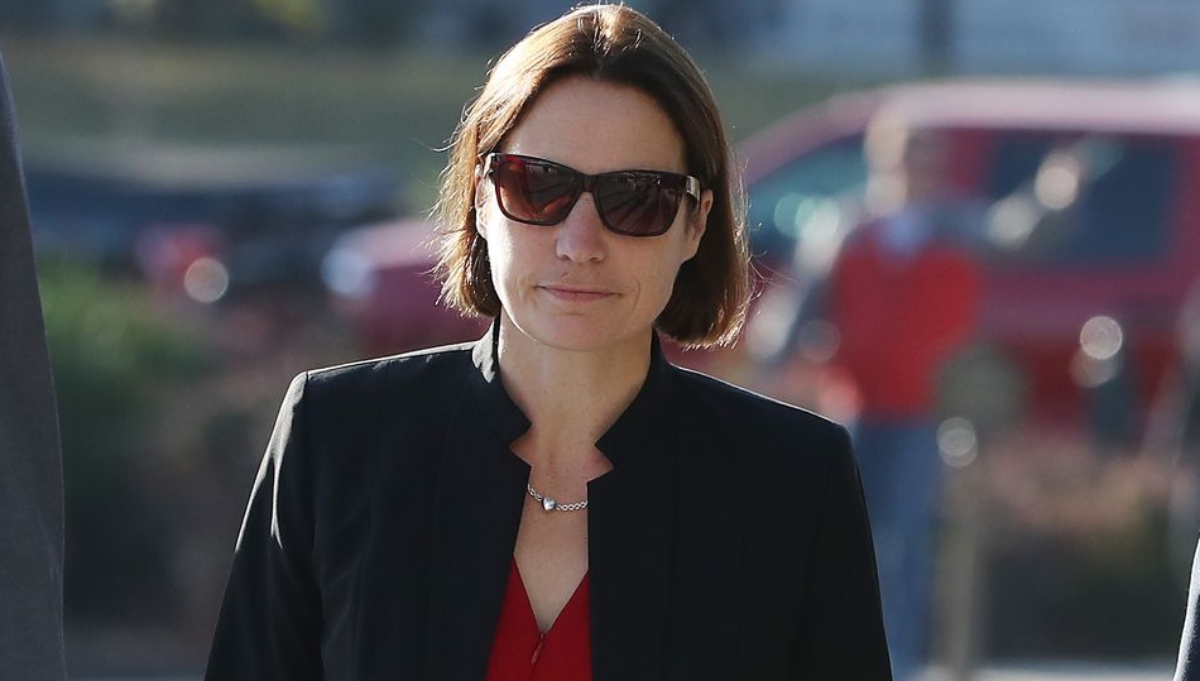