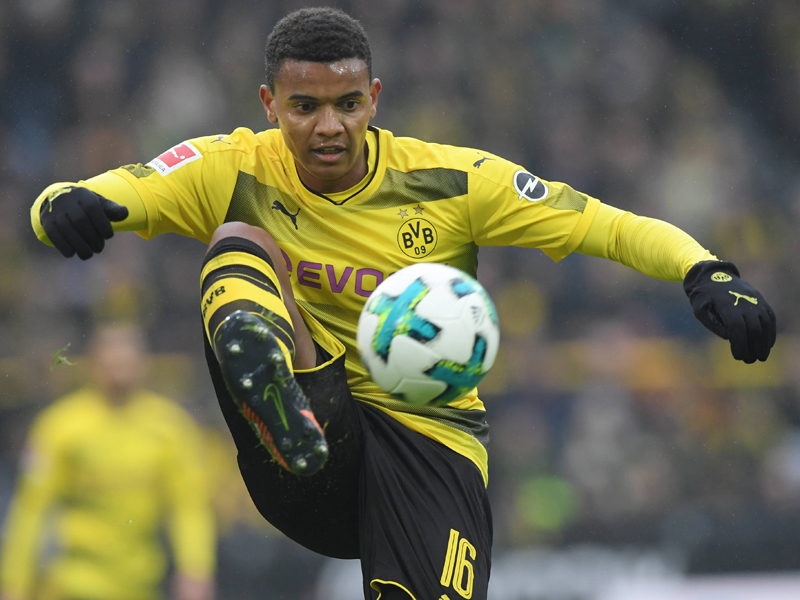 Manuel Akanji whose full name is Manuel Obafemi Akanji, is a Swiss footballer. He currently plays as a defender for the Bundesliga club Borussia Dortmund and the Switzerland national football team.

Manuel Akanji started his career with the local club in Wiesendangen. He then moved to FC Winterthur, a club based near Zurich in May 2007. He played for the FC Winterthur Under-18 team during his early years at the club then the second team before finally making it to Winterthur’s starting eleven in the 2014–15 Challenge League.

Akanji moved to Borussia Dortmund on 15 January 2018 on a four and a half year deal dated until June 2022.

He was born on 19 July 1995 in Wiesendangen, Switzerland to a Nigerian father and a Swiss mother.

Akanji’s father is a Nigerian financial expert who was an amateur footballer in his younger years and still plays the sport in his spare time.

Manuel Akanji was born to a Nigerian father and a Swiss mother.

Manuel Akanji has a tattoo on his left forearm with the words, “Prove them wrong,” in English. This is what Akanji says about the tatoo, “This saying has been a motto of mine for a long time. I had the tattoo done when I was injured as at times it wasn’t clear if I would ever fully heal.”

Manual Akanji is in a relationship with Melanie Windler. They have been together since late 2015.

Manuel Akanji has an estimated net worth of $2 million.

Manuel Akanji, at the Swiss Football Awards, you were chosen as the 2017 Credit Suisse Rookie of the Year. Were you expecting to win?

Manuel Akanji: Not for a moment. After all, I was only able to play in the second half of the season due to a torn cruciate ligament. But on the eve of the awards ceremony, my fellow players on the national football team were going, “We bet the award goes to you.”

Your buddy, Breel Embolo, was given that honor two years ago. Has he offered his congratulations yet?

Manuel Akanji: Not yet. He probably needs to get over the fact that I now have as many awards as he does (laughs). But I’ll hear from him soon. We talk on the phone every week.

Was that your first award?

Manuel Akanji: At the age of 11, I won a national competition for young athletes, but that was for track and field. Besides that, I also used to play tennis. I didn’t start concentrating on football until I was 13.

Were you born with a talent for sports?

Manuel Akanji: Seems so. My dad was an amateur football player, and my older sister, Sara, played in the National League A until she established a women’s team for FC Winterthur last year. I watch those games whenever I can manage.

How do you react to stupid comments about women’s football?

Manuel Akanji: I don’t, because I never hear any. I think those days are over. Women’s football has gained quite a following.

Did your parents push you to get a real job? Not at all. They always supported my passion for sports. Yet, it was important to them that I finish my commercial apprenticeship. And I did that last year.

Why did you wait until you were 20 to switch from the Challenge League to FC Basel?

Manuel Akanji: As a junior, I was an average player. I never thought I would have a big career; I played just for the fun of it. When I hit 17, I had a growth spurt, and that boosted my performance. It was only then that I realized my potential.

Was it an advantage for you to mature in Winterthur?

Manuel Akanji: Maybe. I was able to develop my skills at my own pace. They let me play even when I was having a tough time instead of simply cutting me from the team. Big clubs have fierce competition, and many talented players are left behind. What’s amazing is that I am the only one my age on the senior national team.

What was the most emotional moment of the past season?

Manuel Akanji: The first match after my long injury was really emotional. As soon as I stood on the field, I had a tremendous feeling of euphoria, and any fear of another injury subsided. Of course, the cup victory against FC Sion was also something special.

In June, you had your debut on the national team. How were you received by the team?

Manuel Akanji: They welcomed me wholeheartedly. I’ve even been allowed to have a go on the Playstation and got to show the old hands how it’s really done.

Your father is from Nigeria. Have they asked you to play for their national team?

Manuel Akanji: Not that I’ve heard. Switzerland made an effort to keep me, so it was crystal clear that I would play here.

Who has been the strongest opposing player of your career so far?

Manuel Akanji: Breel Embolo. When we lost with Winterthur against FC Basel during the cup match in 2014, he mercilessly showed me how much I still needed to work on myself.

And who was the toughest?

Manuel Akanji: Simone Rapp from FC Thun. He is a giant who goes after every high ball and likes to provoke other players. You learn an awful lot in heated duels like that.

Do you always have yourself under control?

The tattoo on your lower arm says “Prove them wrong.”

Manuel Akanji: That has been my motto for a long time now. I got the tattoo while I was on the injured list for almost a year. At the time, it was unclear whether I would ever completely recover and make it back on the team.

FC Basel’s former athletic director, Georg Heitz, defined the demands placed on a central defender by saying: “Physique, speed, dueling and heading skills, position play, launching attacks, and preferably the ability to play with both feet.” Can you do all that?

Manuel Akanji: I am pretty fast and okay at tackling and attacking. Besides that, I am practically two-footed. The things I could improve are my heading skills on offense and tactics on defense.

Georg Heinz also said, “If Akanji stays healthy, then he has limitless potential.” Do expectations that high put you under pressure?

Manuel Akanji: Why would they? I don’t feel any pressure at all. Things will happen the way they are meant to.

What do you expect from yourself?

Manuel Akanji: I want to stay healthy, go with Switzerland to the World Cup, and someday play for Manchester United.

And what advice do you have for young players dreaming of a career as professional athletes?

Manuel Akanji: Work hard every day, but never stop having fun playing the game. And, most importantly, have a life outside the playing field! You need to relax from time to time, get together with friends, pursue different hobbies, and clear your mind. 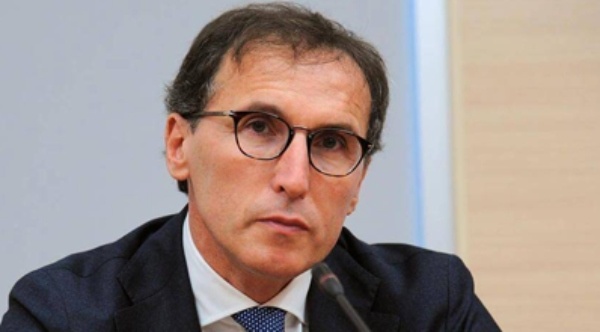