Kathryn Mayorga is an American woman who claims that Portuguese professional footballer Cristiano Ronaldo raped her in Las Vegas in 2009.

They met on June 12, 2009 in a Las Vegas nightclub. Ronaldo was in Las Vegas on vacation with his brother-in-law and cousin. It was during the summer when Cristiano Ronaldo, would transfer from Manchester United to Real Madrid for a then-record sum of 94 million euros.

At the time (in June 2009), Mayorga was a budding model and one of her jobs was to hang out with other young, beautiful women in front of bars to lure in guests.

Kathryn Mayorga and Cristiano Ronaldo met in the VIP section of Rain, a nightclub belonging to Palms Casino Resort. The party continued in the early morning hours in Ronaldo’s penthouse in the nearby Hotel Palms Place. It is here that the alleged rape took place.

Mayorga says she went to the hospital the next day and reported the incident to police, but her lawyer at the time encouraged her to settle the matter.

In 2010, Cristiano paid $375,000 to Mayorga as part of an out-of-court settlement. In return, Mayorga signed an agreement to never talk about her accusations that Cristiano Ronaldo had raped her. Mayorga says she regrets having signed the nondisclosure agreement.

Mayorga’s lawyers are now disputing the alleged nondisclosure agreement and filed a civil suit against the soccer star in Clark County District Court in Nevada on September 28, 2018.

Cristiano Ronaldo has denied the rape allegations against him on Instagram Live on September 30, 2018 terming the allegations as “fake news.” On October 3, 2018, he again denied the rape allegations in a tweet saying, “I firmly deny the accusations being issued against me. Rape is an abominable crime that goes against everything that I am and believe in. Keen as I may be to clear my name, I refuse to feed the media spectacle created by people seeking to promote themselves at my expense.”

I firmly deny the accusations being issued against me. Rape is an abominable crime that goes against everything that I am and believe in. Keen as I may be to clear my name, I refuse to feed the media spectacle created by people seeking to promote themselves at my expense.

Cristiano Ronaldo’s girlfriend, Georgina Rodriguez, has taken to Instagram to support her boyfriend. The girlfriend wrote on Instagram: ‘You always transform the obstacles that are put in your way into impulse and strength to show how great you are. ‘Thank you for making us enjoy each game. Always more and better. I love you @cristiano’.

Kathryn Mayorga works as a physical education teacher in an elementary school.

Stovall says his client was inspired by the #MeToo movement and is speaking out now in hopes of encouraging anyone who’s suffered sexual assault in their past to come forward.

Kathryn Mayorga is 34 years old and was born in Las Vegas, United States.

She was born to Larry and Cheryl.

Cristiano paid $375,000 to Mayorga as part of an out-of-court settlement in exchange for silence. Kathryn Mayorga is now seeking more than $200,000 in a lawsuit against Ronaldo. Ronaldo has an estimated net worth of $450 million and an income of $108 million.

A Leaked video has emerged of Cristiano Ronaldo and rape accuser, Kathryn Mayorga, at the Rain Nightclub in the Palms Hotel and Casino in Las Vegas on the night of the alleged incident. 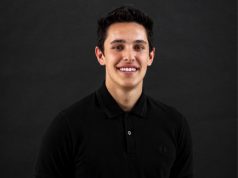