Gary Burgess was a British broadcaster and journalist, who worked at ITV, Island FM, BBC Guernsey, Channel 103, and the Jersey Evening Post throughout his long career.

Born in Manchester, Gary and his family moved to South Africa when he was just six years old. After returning to the UK for secondary school, Gary landed his first job at Radio Wave in Blackpool in 1992. Starting as a teaboy, he left nine years later having been a newsreader, breakfast show presenter and programme controller. While there, he set a world record for the longest radio show – staying on air for 76 hours to raise money to build a new £2.9m cancer unit in Blackpool.

He went on to manage radio stations across England and Scotland before coming to Guernsey at Island FM in 2003, where he won national awards for the station’s output and commercial success. Three years as breakfast show presenter at BBC Radio Guernsey followed, before Gary moved to ITV Channel TV in 2011 as a Guernsey reporter.

He moved to Jersey in 2012. As one of Channel’s chief reporters, Gary covered everything from the most technical political rows to the sensitivities of the Jersey Care Inquiry. He retired from ITV in August 2021.

In 2021 he was nominated as journalist of the year at the prestigious Royal Television Awards. In August 2021 Gary was awarded the rarely-presented prestigious Silver Seal, by Jersey’s Bailiff, recognising his contribution to journalism over a number of years. He was also named Community Champion of the Year at the Jersey Evening Post’s Pride of Jersey Awards.

Gary Burgess and his husband Alan Burgess, who met in 2014, held their civil partnership in March 2018 and were first to convert to a marriage when the law changed in July that year. Their marriage certificate is number one on the conversion register.

He has one brother who lives in Madrid with his wife and two children. His father lives in north Wales.

ITV journalist Gary Burgess passed away aged 46 after a long battle with cancer. The broadcaster died peacefully in his sleep in Jersey Hospice on Saturday 1 January 2022, his husband Alan Burgess confirmed the heartbreaking news in a statement.

A statement from Alan Burgess, Gary Burgess’ husband, following Gary’s death on Saturday 1 January: “It is with great sadness that I need to announce the death of my wonderful husband Gary on Saturday 1 January. After many years of fighting cancer, Gary died peacefully in his sleep in Jersey Hospice.

“I would like to publicly thank all of the many people and services within Jersey, and also at Southampton General Hospital, who have cared for Gary so well over the last seven years through all of the different stages of this disease. Gary was always grateful for the many kindnesses he was shown, whether it was from the nurses in the oncology ward, the porters wheeling him down corridors when he was too weak to walk by himself or the cups of coffee made by volunteers in the MacMillan Oasis Suite.

“I have to say a special thank you to Jersey Hospice and the Clinical Investigations team from Jersey’s hospital, who together enabled Gary to stay safely and comfortably at home for as long as possible in accordance with his wishes. He was even able to continue making occasional trips to his favourite breakfast spots on the island with his oxygen tank in hand.

“And finally I have to say thank you to the many well-wishers, be they friends, family, colleagues, ex-colleagues, viewers, radio listeners, blog readers or complete strangers, who have sent us their love and kind words since Gary received his terminal diagnosis in November 2020. At times we have found the volume of messages to be almost overwhelming, but we were always thankful for the positivity, warmth and support shown to us both.

“I expect there will be many tributes made to Gary in the coming hours and days and I want to keep my words about him now as simple as I can. Through his career in journalism and broadcasting, Gary would have seen every variation of words describing someone’s strength and bravery, their wit and humour, their kindness and generosity, their stubbornness and determination, their sense of mischief and their joy in life’s simple pleasures. So, in an attempt to avoid cliché, I am just going to misquote a line of dialogue from the final episode of The West Wing, being one of Gary’s favourite programmes and something said with love and pride by one spouse to the other. You did a lot of good, Gary. A lot of good.”

In a final message, written for release after his death, Gary wrote: “I’ve had the best life. I’ve had the luckiest life. I met my soul mate and the love of my life who went on to become my husband. I got to work with some of the most amazing people in newsrooms and studios doing the job I absolutely adore. And I’ve been able to share my own relatively short time on this planet surrounded by friends and loved ones who have enriched my life in ways they may never truly understand.

My greatest sadness is the prospect of leaving all of that and all of them behind. The thought of doing that to Alan is unfathomable to process, but I also know the very people who’ve shown me love and support will now wrap up those feelings around him in the coming days. It’s time for me to hand over my microphone and keyboard for others to do the talking about me, so let my final words simply be ‘thank you’. Every person in my life has, in their own way, helped me live my best life. That’ll do.”

Gary Burgess Cause of Death

Gary Burgess’ cause of death was cancer.

A testicular cancer diagnosis in 1999 was successfully treated with surgery and chemotherapy but, very unusually, relapsed in 2014 and 2016 having spread to Gary’s lungs. Surgery was successful but a further relapse and salvage chemotherapy in November 2019 wasn’t successful. He was diagnosed with terminal cancer in November 2020 and was given a life expectancy of six to 12 months. 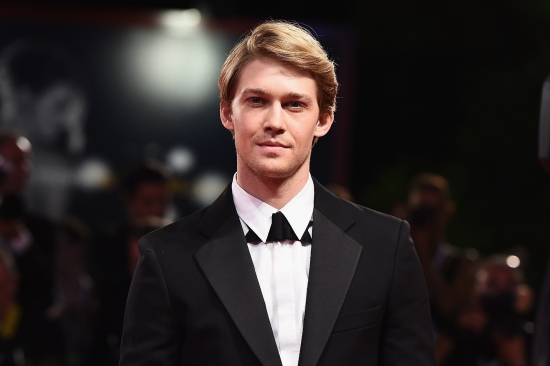