Dewi Weber is a Dutch professional golfer who plays on the LPGA Tour. Weber turned professional in 2019 and started her pro career in March 2019 on the Epson Tour, where she earned 12 top-10 finishes. She earned her card for the 2022 LPGA Tour through qualifying school.

Weber played collegiate golf at the University of Miami, where she finished her degree in 3.5 years, won three tournaments, and finished second in the NCAA individual championship.

As an amateur, Weber claimed the Ladies’ National Open Championship for professionals and amateurs. In 2013, she won the Dutch Matchplay U21 Championship and earned runner-up honors in the Dutch Strokeplay Championship U21. She also captured tournament titles at the 2015 Copa Stogrande and at the 2014 International Brabants Open. In 2013 and 2014, Weber played on the Individual European Ladies’ Amateur Championship.

Dewi Weber was born on June 12, 1996 in Groningen, The Netherlands.

Dutch golfer Dewi Weber is in a gay relationship with her girlfriend, Jen. During her first year on the Epson Tour, “someone asked me if I had a boyfriend, and I said, ‘no, I have a girlfriend, and her name is Jen,’” Weber told the LPGA.

“I can talk to her about anything. When I start spiraling about the results and how I am hitting the ball, she reminds me that the goal is not to play one tournament but to gradually get better,” Weber told LPGA about her partner of almost four years.

Weber’s sexual identity is queer. She started trying to figure it out when she was 14 and only told her parents about her sexual identity “as soon as Jen and I started dating and it became quite serious.”

“As soon as Jen and I started dating and it became quite serious is when I told my parents about my sexual identity because it finally felt very natural and very good,” the golfer said.

Weber, who started her pro career in March 2019 on the Epson Tour, said her personal experience during her three years on that Tour is that “there was never a hard conversation to have.”

“My first year, someone asked me if I had a boyfriend, and I said, ‘no, I have a girlfriend, and her name is Jen.’ So that was the end of it. So it was very much you are a person, and I am a person, and that’s the general reaction that you are going to get on that tour,” said Weber.

“I think on the LPGA that is not the average reaction yet. I think sometimes people are a little afraid of what sponsors and the target demographic might think,” said Weber, professing her admiration for English LPGA player Mel Reid, a prominent gay-rights activist on Tour.

“Mel is a really cool person, and she is doing cool stuff by not making gender identity a big deal. I think that’s what we should be striving for. The second that people don’t feel like they have to tell, that’s a great world to be in,” said Weber, who dreams of “an ideal world where people don’t have to come out. A world without gender closets.”

Dewi Weber’s net worth is estimated to be $1 million. 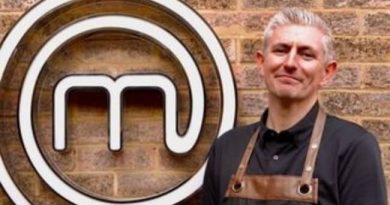