Chris Ramsey born Christopher Ramsey is an English Stand Up comedian and actor from South Shields, Tyne and Wear in England. He is of British Nationality.

He studied film at Sunderland but he left without a degree to focus on his career as a stand up comedian. He took part in Sunday for Sammy in 2014 with Denise Welsh & Tim Healy. He is also a regular panelist on Celebrity Juice.

He began his career in comedy in 2007 by hosting an open-mic night in Newcastle upon Tyne. In 2008, he was a nominee for the “Chortle Student Comedian of the Year”. In the year 2010, he took his first solo show, Aggrophobic, to the Edinburgh Festival Fringe. His 2011 show, Offermation, was nominated for an Edinburgh Comedy Award and the show – Offermation was recorded for BBC Radio 4, and broadcast in March 2012. He had the Edinburgh show in 2012 was Feeling Lucky which was followed by a national tour.

From October 2012 to December 2013, he starred as Jack Pearson in Jason Cook’s BBC Two sitcom Hebburn. The show was set in Hebburn, near to Ramsey’s hometown, South Shields. It screened for two series and a Christmas special. In 2014, Ramsey appeared on Live at the Apollo for the first time. In 2015, he took part in the Channel 4 series Time Crashers. In 2016, Ramsey co-presented I’m A Celebrity: Extra Camp on ITV2 alongside Joe Swash, Vicky Pattison and Stacey Solomon. He was replaced by Joel Dommett for the 2017 series.

He replaced Kevin McHale as the presenter of Virtually Famous from December 2016. He also presented his own series The Chris Ramsey Show for Comedy Central, beginning January 2017.

Ramsey is a regular fixture at Funny Way To Be Comedy Club in Barnard Castle, having performed there on eight occasions.

In May 2017, it was confirmed that Ramsey would take over from Russell Howard as the host of Stand Up Central, due to Howard being busy with tour commitments.

In February 2019, Chris and his wife Rosie started a weekly podcast called Shagged Married Annoyed. The main premise of the podcast is the two of them answering questions from the general public on various subjects. Each show has a dedicated segment with a question from a celebrity. Another segment is ‘What’s Your Beef’, where both Chris and Rosie mention something about their other half that gets on their nerves.

In 2019, it was announced that he would be participating in the seventeenth series of Strictly Come Dancing. He was paired with professional dancer Karen Hauer.

He is married to his wife Rosie Winter who is a singer and also an actress . The two got married in July 2014 and have been together till date.

He and his wife have one child together a son named Robin Ramsey.In 2018, the couple shared via social media that they had a miscarriage when they were 12 weeks pregnant with their second child.

He is married to his wife Rosie Winter since July 2014 and together they have a child, a son named Robin Ramsey.

He was nominated for the Kerrang! Award for Best Comedian.

He recently posted a photo of himself with his dancing partner Karen Hauer from Saturday night’s Strictly Come Dancing with a questionable look on his face as the judges praised him for his Charleston.
But he and his wife being known for roasting each other on social media and in the comments she told all his fans that she recognised the face from somewhere else.

She wrote: “Can’t believe you’re doing your ejaculation face on the BBC babe. The shame.”

However in his defence, Chris said: ‘I wasn’t expecting Tess to say we would find out later. That is a look of fear and I was mortified. I burst out laughing watching it later.

In the year 2020, he will be hitting the road for his biggest ever stand-up tour. Having filled venues across the country including Newcastle’s Metro Arena, he’ll take his brand-new show, 20/20 around the UK next year.

In 2019, he and his wife Rosie started a weekly podcast called Shagged Married Annoyed. The main premise of the podcast is the two of them answering questions from the general public on various subjects about life, relationships, arguments, annoyances, parenting, growing up and everything in between . Each show has a dedicated segment with a question from a celebrity. Another segment is ‘What’s Your Beef’, where both Chris and Rosie mention something about their other half that gets on their nerves. 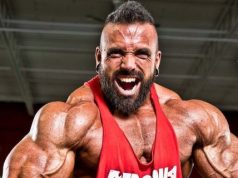 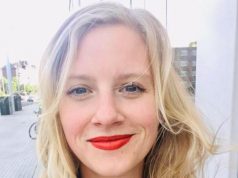 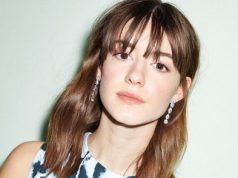