Zac Stacy (born Zachary Latrell Stacy) is a former American football running back. He played running back for Vanderbilt and earned the program’s Most Valuable Offensive Player award in 2011, setting the single-season record for rushing with 1,193 yards. He was drafted in the 5th round by the St. Louis Rams. He joined the New York Jets in 2015, but retired two years later due to injuries. He then went on to play for the Saskatchewan Roughriders and Memphis Express.

He was an All-State running back for Bibb County High School in 2008, when the Choctaws posted a 9-1 regular-season record and lost to Lincoln in the second round of the AHSAA Class 4A playoffs. At Vanderbilt, Stacy set a school record with 3,143 rushing yards before the St. Louis Rams selected him in the fifth round of the 2013 NFL Draft.

He carried the ball once for 4 yards in the Rams’ first four games of his rookie season, but he came on to finish the 2013 campaign with 973 yards and seven touchdowns on the ground. After the Rams drafted running backs Tre Mason from Auburn in 2014 and Todd Gurley from Georgia in 2015 in successive years, they traded Stacy to the Jets.

He had rushed 31 times for 89 yards and a touchdown when he broke his ankle on Nov. 12, 2015, against the Buffalo Bills. The Jets released Stacy on July 27, 2016, the day that players reported for training camp.

Stacy announced his retirement on Feb. 16, 2017, but he tried two comebacks. In 2018, Stacy played in the preseason for the Canadian Football League’s Saskatchewan Roughriders, but he did not make the regular-season roster.

In 2019, Stacy played for the Alliance of American Football’s Memphis Express and was the league’s first player to rush for 100 yards in a game. He was on injured reserve when the AAF folded before completing its first season.

On November 17, 2021, TMZ Sports released a video of former NFL running back Zac Stacy brutally attacking his ex-girlfriend, Kristin Evans, in front of their 5-month-old son. In the disturbing footage, which was recorded at his ex-girlfriend’s home in Florida on Saturday, November 13, 2021, Stacy can be seen hitting her repeatedly before throwing her into a TV, causing it to fall on top of her. He throws an object at her and storms into a corner.

Kristin Evans described the attack in court documents requesting a restraining order, via TMZ: “He punched me several times in the head! I begged him to stop because the baby was on the couch just a few feet from where he punched me.

The Oakland Police Department released the following statement: “On Nov. 13, at approximately 2:30 p.m., Oakland Police officers responded to an emergency call about a domestic disturbance. Officers arrived on scene within two minutes, and were able to determine a domestic violence battery had taken place and that the suspect, Zackary Stacy, had fled the scene. Officers continued to search for Stacy, and the case was forwarded to the investigations unit of the Oakland Police Department to establish probable cause to secure a warrant for Stacy’s arrest.

“As the suspect was believed to be outside of Oakland PD jurisdiction, the Orange County Sheriff’s Office attempted to apprehend Stacy, but learned he had fled the state. Efforts are underway to capture Stacy, and we would urge him to turn himself in and face the criminal charges. This is an active and ongoing investigation, and this is all the information we have for release at this time.”

The TransPerfect City Bowl is an annual post-season collegiate bowl featuring the Big Ten and Southeastern Conferences. Since its inception, the bowl has produced over $350 million in direct economic impact. Distributed nationally to millions of viewers and listeners on ESPN and ESPN Radio, the bowl is Nashville’s holiday tradition.

The National Down Syndrome Society (NDSS) released the following statement regarding the Zac Stacy video: “The National Down Syndrome Society (NDSS) is horrified by the video of former NFL football player Zac Stacy attacking the mother of his child. NDSS last partnered with him in 2019 to conduct a football clinic for individuals with Down syndrome and their siblings. We do not have a current partnership with Zac, and we will not renew our partnership with him. This terrible act of violence goes against our core values as an organization. Our support goes to the victim and her family.”

“He was pretty much my ‘why’ throughout my whole career,” said Zac. “He’s been such an inspiration for me and my career. He’s why I do things on and off the field.”

He is not married. He previously dated Kristin Evans.

What is Zac Stacy’s net worth? He has an estimated net worth of $1 million. 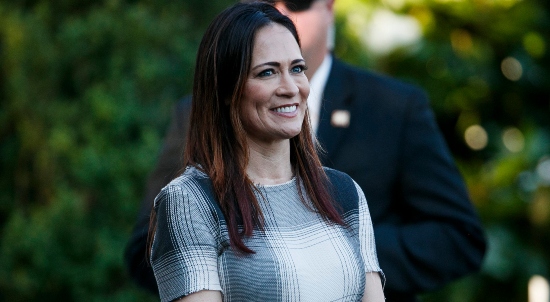