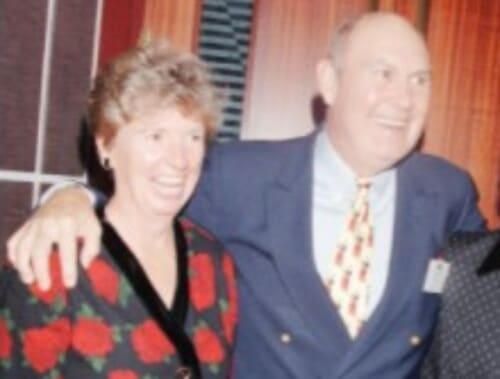 Mary Dwyer Scott was the first wife of Willard Scott, the former longtime weatherman for NBC’s Today show. Mary Dwyer Scott was a community volunteer and native Washingtonian. Her volunteer work included chairing the Delaplane Strawberry Festival and serving on the boards of Notre Dame Academy and Oatlands, the historic property in Leesburg. She was a docent at Mount Vernon and a volunteer with the D.C. Society for Crippled Children.

For 35 years, she had participated in a mutual support group of friends who called themselves “the Geese.” She was a member of the Middleburg Tennis Club and she had traveled extensively, with friends and with NBC’s “Today” show.

Mary Dwyer Scott was the first wife of Willard Scott. Scott was married to Mary Dwyer Scott from 1959 until her death in 2002. They met in 1958 when they were both working at WRC-TV, the NBC affiliate in Washington.

Willard Scott died on September 4, 2021, at the age of 87. Al Roker, who succeeded Scott on the daily morning show, announced Scott’s death on Instagram. A cause of death was not provided.

“We lost a beloved member of our @todayshow family this morning,” Roker wrote. “Willard Scott passed peacefully at the age of 87 surrounded by family, including his daughters Sally and Mary and his lovely wife, Paris. He was truly my second dad and am where I am today because of his generous spirit. Willard was a man of his times, the ultimate broadcaster. There will never be anyone quite like him.”

She was survived by her husband, Willard Scott; two daughters, Mary P. Scott of Brownsburg, Va., and Sally S. Swiatek of Savannah, Ga.; a sister, Ethel Furness of Chevy Chase; and two grandchildren.

Willard Scott’s first wife Mary Dwyer Scott passed away at Sibley Memorial Hospital on October 28, 2002, at the age of 66.

Mary Dwyer Scott Cause of Death

Mary Dwyer Scott’s cause of death was cancer.