Vito Coppola is an Italian professional dancer. He began dancing at the age of 6 and by the age of 10 was winning national championships. His career highlights include being an 11-time Italian Latin American Champion, 3-time World Championship finalist and European Cup Winner.

In 2021, Coppola left the competition world as one of its highest ranking athletes to explore on screen opportunities, most recently competing in and winning Ballando con le Stelle, the Italian version of Strictly Come Dancing.

He is fluent in Italian, English, Russian and Spanish.

Coppola said of joining the BBC series: “I am really excited to become part of this family. I cannot wait to start this new adventure and to challenge myself. Strictly sto arrivando! (or: Strictly I am coming!)”

Prior to the announcement, the professional dancer appeared to confirm he’s joining Strictly Come Dancing. In an interview on Italian TV with Ballando host Milly Carlucci, Coppola suggested he’d be heading to the UK and competing for the glitterball very soon, The Sun reported.

“It was a sudden thing, I’m putting my ideas in order, but I’m happy and I can’t wait,” said the dancer. “[The BBC] were very fascinated by what we did at Ballando, they saw the videos, what we create.”

“Thanks to you, Milly, and all the Ballando family, who have rooted for me.”

In 2021, Coppola won his inaugural series as the pro partner of Arisa, an Italian singer who has three number one singles in the country. The pair began dating after their victory on the show, suggesting that the infamous “Strictly curse” exists on international versions of the competition as well.

Italian dancer Vito Coppola was born to parents Gennaro and Rosa, both dancers. He has a younger brother Jonathan Coppola, who is also a dancer. In 2014, Jonathan and Rossella Mango won the double title of champion of Italy in Caribbean Combined and Caribbean dance show. Jonathan is engaged to Annamaria Annunziata.

Is Vito Coppola married? He is not married and therefore doesn’t have a wife. Coppola is single after previously dating pop star Arisa.

Strictly Come Dancing professional dancer Vito Cappola previously dated one of his dance partners. The dancer won the Italian version of the show in 2021 with pop star Arisa and the pair ended up dating, according to The Mirror. Coppola and Arisa have reportedly since called it quits. Following their relationship, Cappola told the publication Mio that the pair “remained on good terms” and have a “friendly bond”.

His single status could make him an ideal partner for a flirty celeb on the BBC series.

Italian professional dancer Vito Coppola’s net worth is estimated to be $1 million. 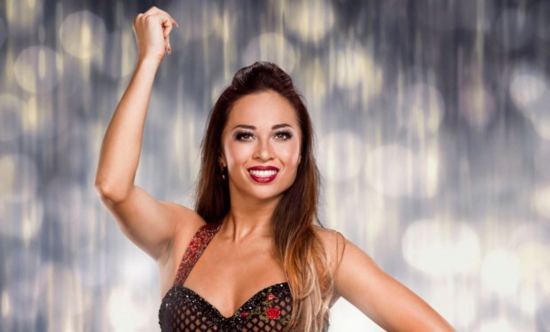