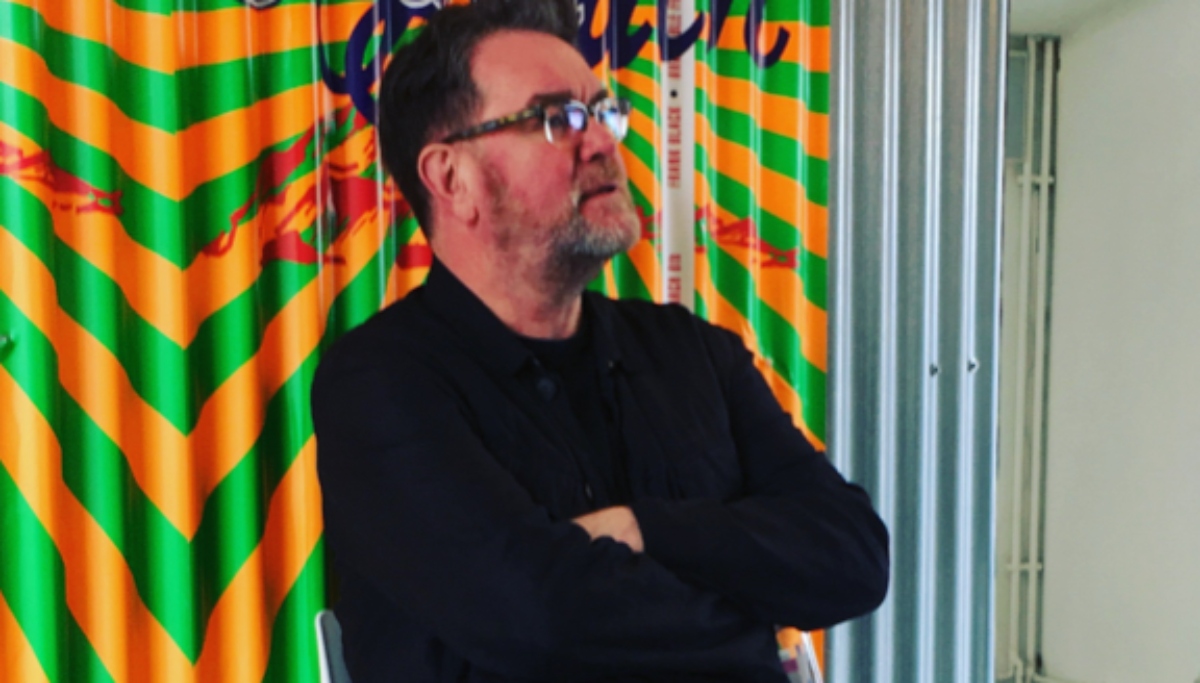 Vaughan Oliver was a British graphic designer. He was best known as the in-house designer for 4AD who created iconic album artwork for Pixies, Cocteau Twins, The Breeders, Superchunk and more.

Oliver began working for 4AD in the early ’80s after meeting the independent label’s owner, Ivo Watts-Russell, forming a working partnership that would endure for thirty years.

Oliver’s design studios, 23 Envelope, consisted of Oliver and his original photographer Nigel Grierson, who together created the artwork for almost every 4AD release up to 1987. After Grierson left 23 Envelope in 1988, Oliver continued to work for the label under the studio name v23, where he collaborated with Simon Larbalestier, Marc Atkins and many others.

As an artist and graphic designer, Oliver was credited with establishing the visual identity of 4AD as a record label, and worked on a number of instantly recognisable sleeves, including Pixies’ ‘Surfer Rosa’ and ‘Doolittle’ album covers. He also worked on designs for the likes of Cocteau Twins, This Mortal Coil, Throwing Muses, and Dead Can Dance.

Vaughan Oliver died on December 29, 2019, at the age of 62. Adrian Shaughnessy, a graphic designer, writer, and publisher who co-edited the 2018 collection Vaughan Oliver: Archive, announced the death in a statement on Twitter. He wrote, “Desperately sad to announce that Vaughan Oliver died peacefully today, with his partner Lee by his side. Great loss of friend and design hero. Vaughan Oliver (1957—2019.”

Desperately sad to announce that Vaughan Oliver died peacefully today, with his partner Lee by his side. Great loss of friend and design hero. Vaughan Oliver (1957—2019.

4AD paid tribute to Oliver in a statement: “We are incredibly sad to learn of the passing of Vaughan Oliver; there was no-one else like him. Without Vaughan, 4AD would not be 4AD and it’s no understatement to say that his style also helped to shape graphic design in the late-20th century.

“The label’s first employee, he designed his first sleeve for the Modern English single ‘Gathering Dust’ in 1980 before going on to create iconic works for the likes of Pixies, Breeders, Cocteau Twins, This Mortal Coil, Throwing Muses, Lush, Pale Saints, TV On The Radio, Scott Walker and countless others. The Guardian said his designs were “abstract, dreamlike, elegant” and they weren’t wrong, he gave both us as a label and our musicians an identity and a voice.

“We will miss you Vaughan and our thoughts are with your family and friends. We were blessed to know you and will forever be thankful for all you did.”

Vaughan Oliver Cause of Death

Vaughan Oliver’s cause of death was not revealed.