Valentina Sampaio is a Brazilian model and actress. She was hired by Victoria’s Secret as their first openly transgender model in August 2019.

Sampaio initially studied architecture in Fortaleza, but she dropped out at 16 to study at a fashion college. It was there that a makeup artist discovered her and signed her with a São Paulo modeling agency.

Soon after, L’Oréal made a short film about Sampaio, which they released on International Women’s Day, and later the company made her one of the company’s brand ambassadors. She is one of L’Oréal’s several Brazilian spokeswomen along with: Grazi Massafera, Taís Araújo, Juliana Paes, Isabeli Fontana, Emanuela de Paula, Ágatha Moreira, and Sophia Abrahão.

In February 2017, Sampaio received international media attention after appearing on the cover of Vogue Paris and becoming the first transgender model to appear on the magazine’s cover. Later that year, she also appeared the covers of Vogue Brasil and Vogue Germany.

Her mother is a schoolteacher and her father is a fisherman.

On August 5, 2019, it was confirmed that Victoria’s Secret had hired model Valentina Sampaio for a campaign, to be released in mid-August, for its PINK line. Valentina’s agent, Erio Zanon, confirmed the news to CNN.

Valentina’s manager Erio Zanon told E! News that the campaign is “amazing and groundbreaking…She is super happy and proud to represent all her community.” He continued, “She hopes this opportunity shall be another step to break barriers.”

On August 2, she posted a video of herself with the caption “Never stop dreaming genteee” and hashtags including #staytuned, #vspink and #diversity.

After Valentina posted her Instagram from the campaign shoot, transgender actress Laverne Cox wrote, “Wow finally!” Victoria’s Secret Angel Lais Ribeiro, a fellow Brazilian, commented with five clapping emojis and also tweeted: “First transgender to shoot with Vs! This make me so happy!”

Valentina is not related to Victoria’s Secret Angel Sara Sampaio. However, they both have brown hair and green eyes.

At 8 years of age, her psychologist identified her as transgender, but she did not start calling herself Valentina until she was 12. She has said “I always felt like a girl” but she refuses to reveal what her name was before she chose Valentina or when she transitioned. 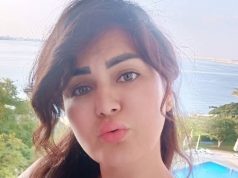 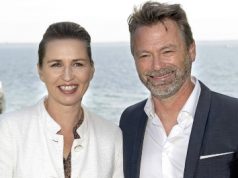 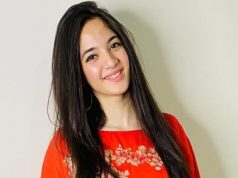 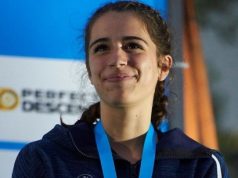