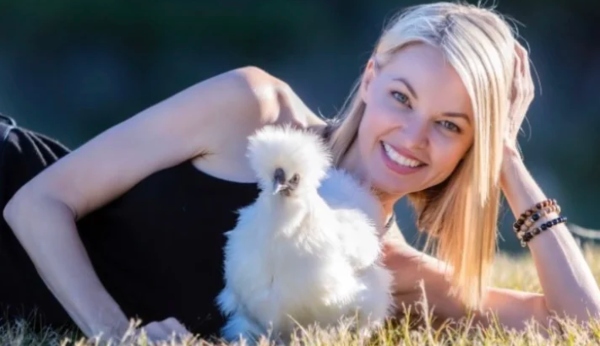 Traci Griffiths is an Australian former model, pet apparel designer, brain cancer survivor and girlfriend of brain surgeon Charlie Teo. She is the owner and founder of Miyow & Barkley, an online business for designer pet clothes and accessories. She is also a volunteer Director at Zambi Wildlife Retreat. After her modeling career, she taught advanced literacy to students with learning disabilities and worked as an NSW Ambulance Paramedic. Griffiths is also a vegan activist and fitness influencer.

Australian international model and brain cancer survivor Traci Griffiths was diagnosed with brain cancer in 2011. World-famous brain surgeon Dr Charlie Teo came on board as her neurosurgeon. Griffiths ended up having two operations due to the cancer.

Renowned brain surgeon Charlie Teo is reportedly engaged to model partner Traci Griffiths. The vegan activist and fitness influencer has made subtle hints on her Instagram page. She has shared photos of herself alongside her brain surgeon boyfriend with the hashtags “#ilovemyfiance” and “#myfiance”.

She has been using the hashtags since May 2022 when she uploaded a video of herself attending the Charlie Teo Rebel Foundation Ball.

“Last night we stepped into a world of glitz & glamour to help raise awareness and much needed funds for Brain Cancer,” the post read. “Thank you Charlie for putting the extra in extraordinary! We love you.”

Another post was made in June 2022 and showed the pair dressed up in 1920s party attire after attending a Great Gatsby-themed party.

The pair met when Griffiths sought Dr Teo’s expert advice in 2009, although they did not begin dating until 11 years later after the controversial high-profile brain surgeon split with his wife of 30 years.

In February 2020, Teo released a media statement announcing he had “separated over two years ago but remains great friends” with his ex-wife Genevieve Teo, with whom he has four daughters.

In September 2020, Teo purchased a half share in a house Griffiths had previously owned with her former partner. Griffith’s former boyfriend’s share in the property was sold to Teo’s long-term secretary Laine Skene and her husband David for $776,250 on April 23, 2018. Just over two years later and the half share was then sold to Teo this year for the princely sum of … $1, according to The Sydney Morning Herald.

In 2021 Dr Charlie Teo was rumoured to be engaged to Traci Griffiths after she was spotted with a ring on her finger. Dr Teo denied the speculation insisting the pair had made no plans on marrying.

In August 2021, the NSW Medical Council imposed a series of conditions on Dr Teo’s practice after complaints about his methods and allegations he gave patients false hope. The council banned Dr Teo from performing high-risk surgeries without the written approval of a second independent neurosurgeon.

Griffiths has also been a vocal champion of Teo’s, sharing a post on Facebook leaping to his defence after he was the subject of a lengthy investigation by the Herald’s senior investigative journalist Kate McClymont.

“This inspiring man is a champion and as such is targeted from time to time by the ‘tall poppy syndrome’. The cynics have their own agendas. They fail to take the time to stop to think about the angst their ill-considered and poorly researched words can cause. They do not consider those needing Dr Teo’s brilliant mind and skills to save or extend their lives,” she wrote.

“Yes, Charlie may not be your ‘average’ doctor, and even admits to being a rebel, but if you are always trying to fit in and be ‘normal’, you’ll never know how amazing you can be …”

Prior to the review of his medical practices, Dr Teo had built his reputation by operating on those with incurable or inoperable brain cancers.

Model Traci Griffiths was born in 1974.

Griffiths is the daughter of Lyn and Lindsay Skelly. She has two siblings, a sister Charmaine Minassian and a brother Dale Griffiths. Her sister was a horse trainer. Griffiths and her siblings spent so much time with animals when they were young they naturally think about them as best friends.

OH.MY.GOODNESS!!! Last night I went to bed with a broken heart and in a flood of tears… then today I woke up and read sooo many messages, filled with nothing but love and support…. I felt overwhelmed by the @crunchy Instagram community, in the best way possible.💚🙏🏻 I could easily say, I have no words to express how much I appreciate each and every one of your messages, but the truth is, they have lifted my spirits and made me a whole lot more optimistic about my babies future🙏🏻 If it’s ok, I WILL take some of you up on your offer for further advice… right now I have so many questions I don’t even know where to start… I have to drop Noodles off at the vets tmrw morning and leave her there all day. I can only assume that they are going to use that time to monitor her levels after giving her the first insulin shot (I was so shocked with the initial phone call that it was hard to take EVERYTHING in at the time). Then when I pick her up at 4:30pm, they said they are going to give me a lesson on how to give the needles 😬🙈 So after that I’m sure I’ll be better equipped to ask all the right questions. THANK YOU ALL AGAIN🙏🏻 I’m not sure I could have reached this level of emotional stability so quickly if it wasn’t for the amazing advice and support you all sent our way. Much love, Traci & Noodles💚 . . . . . . . . . . www.miyowandbarkley.com #miyowandbarkley #dog #dogs #cat #cats #igers #dogsofinstagram #catsofinstagram #blackgriffon #brusselsgriffon #griffon #puppy #instahub #pup #petsofinstagram #petoftheday #petsagram #animals #orientalcat #redgriffon #dogs_of_instragram #instagram #diabeticdog #smalldogs #mybestfriend #australia #disease #diabetic #funnydogs #diabetes