Sydney Hightower is among the several women competing on season 24 of The Bachelor to try to win the heart of pilot Peter Weber, the third-place finisher on Hannah Brown’s season of The Bachelorette. The retail marketing manager is poised to make quite an impression this season. She is a retail marketing manager from Birmingham, Alabama. When she arrived at the Bachelor mansion on the first night, she introduced herself to Peter by saying that “not every girl from Alabama makes bad decisions.”

She graduated from Tuscaloosa County High School, class of 2013, according to the Tuscaloosa News. She also attended the University of Alabama after high school. She has also done some modeling, working for Posh 31 Boutique in Birmingham, with Tez Davenport as the photographer. She has also worked with stylist Jamie Boggs out of Atlanta, who describes herself as a “jack-of-all-trades when it comes to fashion, from personal styling and shopping, on-air commentary and editorial shoots, to beauty makeup artistry.”
She also has a SitterCity.com profile, which lists her as a “certified nursing assistant” who is looking for babysitting and nanny jobs. She has experience with children ages 3 to 12.

She also likes to put positive vibes out there on Instagram, encouraging her followers to love themselves in a recent post, writing, “Honestly, not kidding. Self-love is SO important. I keep a whole lot to myself, but I lost love for myself at one point and I can tell you now, no matter your circumstances or hurdles, loving your self should come first. Never doubt your self, we are ALL capable of such great things and we all have so much worth. So be gentle with yourself, motivate Y O U, push through the tough days, and the self-doubt and above all, love your self honaay!”

She is currently single. Her time on The Bachelor is part of helping move on from her previous serious relationship. According to her Bachelor’s bio, “the end of her last relationship really crushed her.” They had been dating for two years with her boyfriend and thought of moving in before they parted ways.

She says that all of 2019 was a good year for her, posting to Instagram on Thanksgiving, “To say that I am Thankful today would be an understatement.
“2019 has been a year of trials, triumph, and unimaginable growth. In the last 10 months I have learned things about myself that I have never known, I have found a strength within myself that can truly overcome any obstacle that comes my way. I’ve learned that it’s okay to be strong, but its also okay to let go. I have gained BEST friends that I will truly have for the rest of my life. And all along the way, I have had the support and love of my friends and family.

We know from Reality Steve’s trusty spoilers that she makes it at least to the Top 10 which puts her in the top one-third of the season’s bachelorettes. This means she gets to travel to Cleveland, Costa Rica, and then Chile during her time on the show.
Upon getting to Chile is where she ultimately says goodbye, when Peter narrows the top 10 down to the top six. She is eliminated along with two other girls and one girl who reportedly chooses to leave the show on her own — but we won’t spoil who goes home at the same point as her.

She stands at a height of 5feet 4inches tall.

Page 2 of 366— Confidence? Yes, We know her in #TwentyTwentE 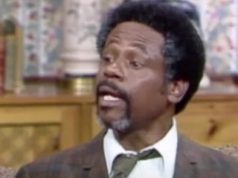 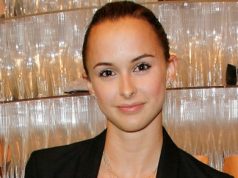