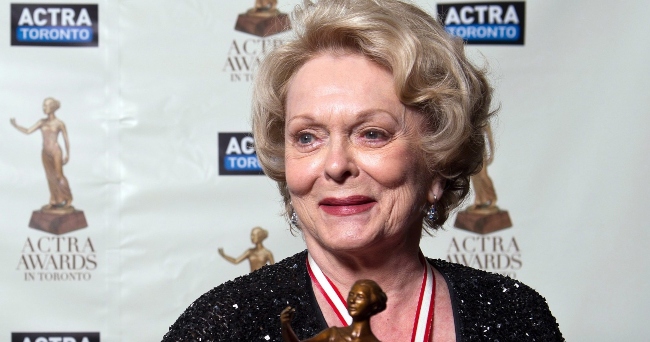 Shirley Douglas born Shirley Jean Douglas was a Canadian actress and activist. According to her IMDB biography, she is known for her work on Dead Ringers (1988), Lolita (1962) and Wind at My Back (1996).

Douglas attended the Banff School of Fine Arts, and went on to study at the Royal Academy of Dramatic Art in London, England, where she acted in theater and TV and participated in anti-nuclear marches.

In the ’60s and ’70s, while living in California, Douglas campaigned against the Vietnam War and protested for various politicial and social causes.

She also helped to establish a fundraising group called Friends of the Black Panthers. Her support for the group brought controversy, though – she was refused a U.S. work permit and arrested in 1969 on conspiracy charges of possessing unregistered explosives. The courts eventually dismissed the case and exonerated her.

Douglas’s other activism included co-founding the first chapter in Canada of the Performing Artists for Nuclear Disarmament.

As a stage and film actress, she appeared in Wind at My Back, The Stone Angel, The Silver Surfer, and Flash Gordon. She also worked with famed directors including Stanley Kubrick (“Lolita”) and David Cronenberg (“Dead Ringers”). In 1997, Douglas appeared with her son in a stage production of The Glass Menagerie.

Douglas won a Gemini Award for her performance in the 1999 TV film “Shadow Lake.” She was nominated for two other Canadian arts Geminis: in 1998 for her leading role in the series “Wind at My Back” and in 1993 for starring in the film “Passage of the Heart.”

Shirley Douglas was married to her husband Donald Sutherland from 1966 until their divorce in 1970. She was previously married to Timothy Emil Sicks.

Shirley Douglas was the daughter of medicare founder Tommy Douglas and Irma Dempsey. Her father was the first leader of the federal New Democratic Party.

In a 2013 Interview with The Star, Douglas said about her father, “He was such a great speaker. He knew how to start off being funny, to get them settled, then he would get serious and lay out all the problems and then he would offer the hope, the solution.” She added, “He was never sentimental. He was tough… It was great theatre long before I ever knew what theatre was.”

Shirley Douglas died on April 5, 2020, at the age of 86. Sutherland announced his mother’s death on Twitter. Sutherland tweeted: “Early this morning my mother, Shirley Douglas, passed away due to complications surrounding pneumonia (not related to COVID19.) My mother was an extraordinary woman who led an extraordinary life. Sadly she had been battling for her health for quite some time and we, as a family, knew this day was coming. To any families who have lost loved ones unexpectedly to the Coronavirus, my heart breaks for you. Please stay safe.”

ACTRA Toronto tweeted: “ACTRA Toronto is deeply saddened by the loss of Shirley Douglas today. Shirley gave a tremendous amount to the industry, helping to lead legislative protections for child performers. She was a champion of public health care, for which all of Canada is appreciative of to this day.”

Andrea Horwath wrote on Twitter: “Saddened to hear of the loss of Shirley Douglas — a champion of social justice and public health care. New Democrats and Canada owe so much to the Douglas family. Our deepest condolences to her son @RealKiefer [Kiefer Sutherland], her family and loved ones.”

Shirley Douglas Cause of Death

Shirley Douglas’ cause of death was complications surrounding pneumonia ( but not related to COVID-19).

Shirley Douglas’ net worth was estimated to be $2.5 million. 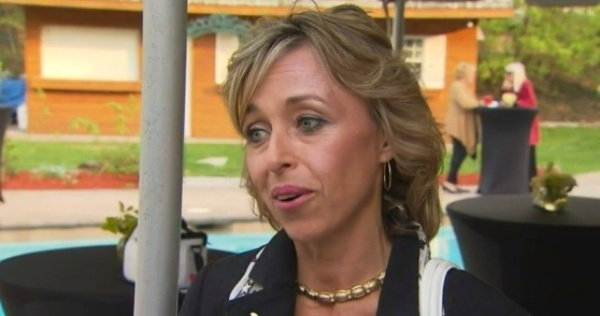