Ricarlo Flanagan was an American actor, rapper and stand-up comedian best known for “Shameless” and being a semifinalist on Season 9 of “Last Comic Standing”. He got his start in comedy in 2007 when he found a flyer posted on a telephone pole in Ann Arbor, Michigan, advertising comedy classes, according to People Magazine.

In 2013, Flanagan released his debut comedy album, Man Law. In 2015, he landed a spot as a semifinalist on the NBC comedy show, Last Comic Standing. He went on to have recurring roles on shows including Shameless and the Disney+ show, Walk the Prank.

Flanagan also had guest starring credits on countless other shows including The Mick, The Carmichael Show, Insecure, The Neighborhood, Mad About You, Kidding and Room 104. Just before his passing, Flanagan also landed his first film role in the thriller Emily the Criminal, alongside actress Aubrey Plaza.

As a rapper, he released three albums under the moniker Father Flanagan, including his 2010 album, Death of Davinchi, An Opus Inspired by Andre Martin (released in 2019) and Hope Your Proud, released in 2020. His fourth album, Both Sides Of The Brain, was reportedly scheduled for release on Oct. 13.

Shameless actor Ricarlo Flanagan died on October 12, 2021, at the age of 40 after contracting coronavirus, his agent confirmed to Variety. His agent, Stu Golfman of KMR Talent, told Variety in a statement: “Sadly this pandemic has taken the life of an extremely talented performer and even nicer human being. Ricarlo will be greatly missed.”

A GoFundMe campaign has been set up to provide assistance to Ricarlo Flanagan’s family. The GoFundMe’s description reads: “The news of a loved one’s death is never something easy to hear, let alone if you are far away from the individual. Our dear friend has suddenly passed away and sadly was far from his family. Ricarlo Flanagan was a loving son, grandson, cousin, nephew, and friend with many amazing talents. He brought laughter to every room he walked in. We would like to get him home to his family in Cleveland, Ohio, so his family can put him to rest. We ask that you please keep his family in your thoughts and prayers. Please help us with any contribution you are able to give. This will be greatly appreciated, not only by us but most importantly by his family.”

Ricarlo Flanagan Cause of Death

Ricarlo Flanagan died of COVID complications. Flanagan had posted to Twitter on Oct. 1 revealing that he had contracted the coronavirus. He wrote on Twitter at the time: “This covid is no joke. I don’t wish this on anybody.”

Ricarlo Flanagan’s net worth is estimated to be $1 million. 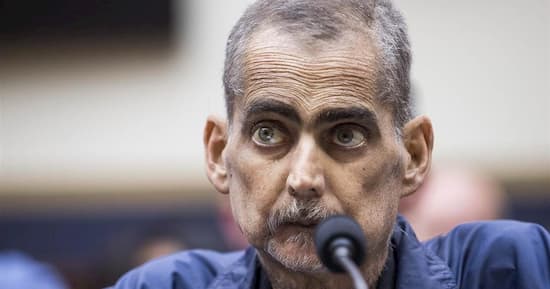