Maddison Brown is a 22-year-old Australian model and actress best known for her role on Dynasty. She began her career early in life. Her first IMDb credit is a 2004 television movie called “Go Big,” which was released when she was only 7 years old.

In 2015, she starred in the television movie “Strangerland” with Nicole Kidman, Hugo Weaving and Joseph Fiennes. In 2016, she played a young version of Elizabeth Debicki’s character in seven episodes of the Australian television program, “The Kettering Incident.”

She got her big break by starring in the “Dynasty” re-boot. She plays Kirby Anders, the daughter of the main family’s chief steward who returns after being sent away and framed for arson as a child. Brown’s character made her debut in the second season and is set to feature in the third.

As a model, she has posed for several different companies, including Calvin Klein and Vogue.

Maddison Brown and Liam Hemsworth were spotted holding hands in New York City’s West Village on Oct. 10. They also enjoyed an outdoor lunch date together. The exact status of their relationship is unknown right now, but Maddison is the first woman who Liam has been seen with since his split from Miley Cyrus over the summer.

Our short film “Chill is not a thing.” has been nominated for 4 Australian Fashion Film Awards. I love our little film thank you for letting me be apart of creating something special. Link in my bio to vote or go to my highlights to watch #proudmama 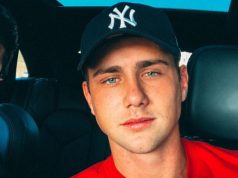 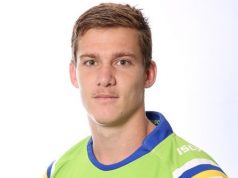 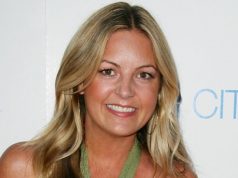