Kimera Bartee was an American professional baseball outfielder and coach. He was an Omaha native and played college baseball in his hometown at Creighton University. The Orioles drafted Bartee in the 14th round of the 1993 draft.

He spent 12 seasons in the Pirates organization, most recently as the first base coach on manager Clint Hurdle’s staff from 2017-19. He also served as the team’s minor-league baserunning and outfield coordinator for nine years.

When third base coach Chip Hale left the Tigers in July to become the head coach at his alma mater, the University of Arizona, Hinch shifted Ramon Santiago — a Tigers player from 2002-03 and 2006-13 — from first base to third base. He then called up Bartee from the minors to handle first base coaching duties on an interim basis. In November, Hinch decided to retain Bartee as the Tigers’ first base coach for the 2022 season.

Kimera Bartee was not married at the time of his death. He was engaged to his fiancé Terri.

He had three children Andrew, Amari, and Taeja.

He is survived by his father, Jerry Bartee, his fiancé Terri and children Andrew, Amari, and Taeja.

Detroit Tigers first base coach and former major-league outfielder Kimera Bartee suddenly passed away on Monday, December 20, 2021, at the age of 49. According to the Detroit Free Press, Bartee was visiting his father in Omaha, Nebraska, for the holidays when he collapsed.

Tigers Executive Vice President of Baseball Operations and General Manager Al Avila announced Bartee’s passing in the following statement: “All of us in the Tigers baseball family were shocked and saddened to learn that first base coach Kimera Bartee suddenly passed away on Monday at the age of 49. Throughout his time in our organization as both a player and coach, Kimera was known as a kind soul but intense competitor who did his best every day to elevate those around him to do great things. While Tigers fans got used to seeing him in the first base coach’s box, Kimera’s impact on our ballclub went far deeper and will be sorely missed. In speaking with Kimera’s father, Jerry Bartee, we offered our condolences and support to his family. The thoughts and prayers of everyone in the organization are with Kimera’s family and friends, and his memory and spirit will never be forgotten.”

Tigers manager A.J. Hinch said in a statement: “Like many across baseball, I was devastated by the news of Kimera’s passing. From the start of spring training last year, it was clear that ‘KB’ was the epitome of a player’s coach, having an uncanny ability to build deep connections with anyone from a rookie to a 10-year veteran. I was proud of his selflessness and adaptability when he quickly shifted to the major league staff last season, and how excited he was about the bright future he had in both baseball and life. The sport has lost an amazing man, but more importantly his family has lost a loving fiancé, father and son.”

Pirates chairman Bob Nutting also released a statement: “We are deeply saddened to hear the news of the sudden passing of Kimera Bartee. He was a great person, whose upbeat attitude and infectious smile would always lift the spirits of anyone who interacted with him. Our hearts go out to his family, whom he loved so much. He was much too young and will be dearly missed.”

Kimera Bartee Cause of Death

Kimera Bartee’s cause of death is unknown, but the Tigers were not aware of any illness. 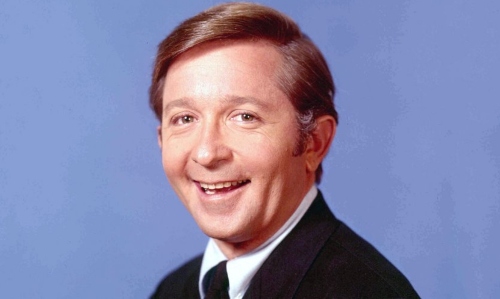