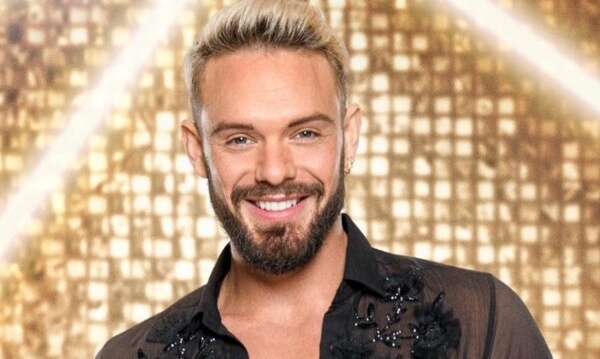 John Whaite is a British Chef, author, baker, and television personality. He has had a weekly cooking slot on the ITV breakfast program The Great British Bake Off Lorraine. In April 2016 John started co-presenting Chopping Block, ITV’s daytime cookery competition, together with Rosemary Shrager. Whaite won the third series of The Great British Bake Off in 2012. In August 2021, it was announced that Whaite will appear as a contestant on the British Television Dance contest in the nineteenth series of Strictly Come Dancing. Whaite is part of the first-ever male same-sex partnering with South African professional dancer Johannes Radebe.

Whaite’s passion for baking began at a very early age, in 2012, he was a contestant in the third series of The Great British Bake Off on BBC Two. He reached the finals and won the 3rd series. He has as well appeared on This Morning, What’s Cooking? The Alan Titchmarsh Show and Sunday Brunch as a guest chef. He appears regularly as one of its chefs, with presenter Steph McGovern on her Channel 4 daytime show Steph’s Packed Lunch.

He was born on May 23, 1989, in Chorley, Lancashire, England. He grew up on a farm in Wrightington. Whaite celebrates his birthday on the 23rd of May every year.

Who is John Whaite’s partner? His partner is Paul Atkins, a Graphic designer. They met via Facebook in 2008 and have been together for more than a decade. They are engaged and on July 21, 2017, Whaite announced that they have decided to get married, he wrote on his Instagram, “My true love. We’ve decided to get married. We’ve fought for these rights, and we shall use them.” The couple lives together in Leeds and both previously lived in Manchester.

In 2019, Victoria went missing in Faro, Portugal but was later found as Whaite announced via his Instagram, John Whaite wrote; “My beautiful sister Victoria has been found alive and sober, but immensely distressed. It seems we got to her just in time. Each and every one of you who has shared and retweeted and commented has today saved a life. The life of a sister, daughter, and mother. Mine and my family’s gratitude to you is undying, and we cannot thank you enough for your support. We are now going to focus on getting her home and in good health in the privacy and protection of our family. YOU have saved a life. Thank you”

In August 2021, he was announced as a contestant on the nineteenth series of Strictly Come Dancing. John Whaite Strictly partner is Johannes Radebe, a South African professional dancer and choreographer. Speaking about joining Strictly Come Dancing, Whaite told BBC that, “I am so excited to be ‘Strictly-fied’. I was wearing glitter in the womb,” he added. “I am excited for the sheer tops, tight trousers, the spray tans, hair and makeup. It’s glamorous and over the top but it’s a Saturday night!”

The Chorley, Lancashire native initially earned a place at Oxford to study Modern and Medieval Languages. He later switched to pursue Law at the University of Manchester to be nearer to home. In 2012, he graduated with a first-class degree after sitting for his law exams while filming Bake Off. The same year he won the third series of The Great British Bake Off. Upon graduating from college he worked as a banker in the Royal Bank of Scotland’s asset finance department. Whaite turned down a career in law and decided to focus on cooking and pursued a career in cooking at Le Cordon Bleu, London. In January 2016, John Whaite’s Kitchen Cookery School opened. The school was opened in a converted 400-year-old cattle shed on his family’s farm on Tunley Lane in Wrightington, Lancashire.

Whaite has written and released four cookery books. His debut book, John Whaite Bakes, was released on April 25, 2013. The second John Whaite Bakes at Home was released on March 27, 2014. His third book, Perfect Plates in 5 Ingredients, was published in April 2016 and the 4th book, Comfort: Food to soothe the soul, was published in October 2017. In 2019, Whaite wrote A Flash in the Pan, the book contains recipes for cooking using only a stovetop pan. He has also written a column on food for The Daily Telegraph and briefly wrote the column “Hot John” for Heat magazine in 2013.